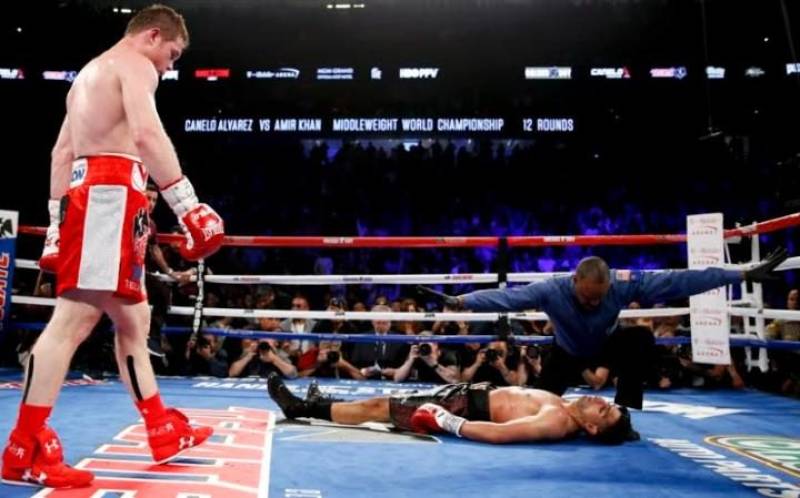 According to official scorecards, Khan was knocked in 6th round, when Alvarez struck him with a monster punch. It took Alvarez 2 mins 37 seconds of round 6 to eliminate Khan.

As far as scores are concerned, Amir Khan was lagging behind on the cards of two judges with 48-47 and 49-46 respectively, while he was leading with 48-47 on the card of Adelaide Byrd.

Following the game, Amir Khan was taken to hospital for check up. However his promoter Oscar De La Hoya said that he was rushed to hospital on "precautionary grounds," and was in good condition.

Amir Khan also tweeted to congratulate the winner, while he also said thanks to his fans around the world.

Im okay everyone ? thats boxing for you, congrats to @Canelo monster punch, much love to all the fans! #CaneloKhan pic.twitter.com/oQcqZQrsLl