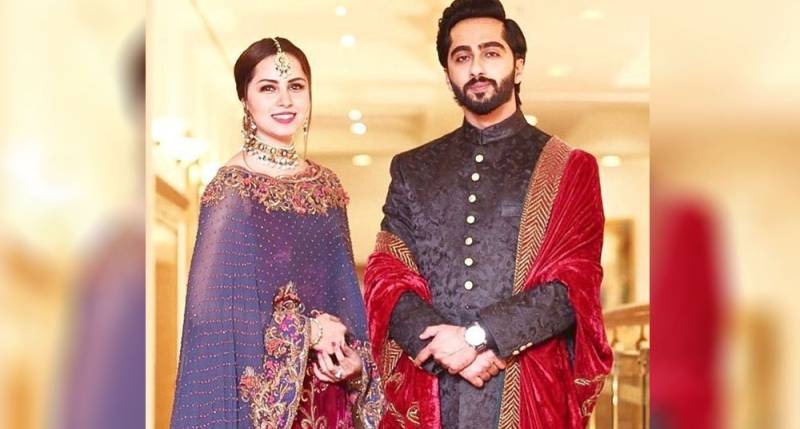 The beautiful actress Nimra Khan is making waves in the Pakistani showbiz industry with her exceptional acting skills, on-stage presence, modeling as well as her melodious voice and performance with Asim Azhar etc.

In the August of 2014, Nimra got seriously injured in a road accident, due to which she received a major setback in her career. Though she was not able to act for a while as she was recovering, she quickly managed to bounce back to her usual self and hit the screens with her major film debut last year, Blind Love, in which she played the lead role of Sara (a blind girl).

The bubbly diva is now in the spotlight for the recent news on her engagement, with social media set ablaze with pictures of the happy couple. Though the ceremony seems to be held last month, Khan has just recently made it official.

Here's Nimra Khan looking like an epitome of beauty at her engagement, with some beautiful clicks of the family at the eventful occasion!

By @samreenvance I love u

So, Nimra finally decided to introduce her fiance to the world on her Instagram account yesterday and this is how hip and adorable they look together.

We wish you all the very best for your future ahead Nimra. Keep shining!