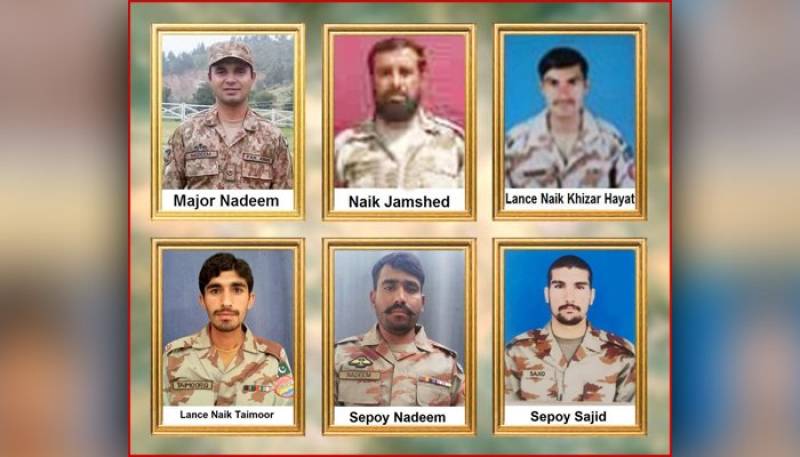 According to a statement issued by the Inter-Services Public Relations (ISPR) on Friday, the incident took place in Kech district’s Buleda area in Balochistan, which is about 14 kilometers away from the Iran border.

The soldiers were on routine patrolling to check possible routes used by terrorists in the mountainous and extremely treacherous terrain of Mekran, the statement added.

“As the FC South Balochistan troops were moving back to their base after assigned patrolling duty, reconnaissance vehicle of FC troops was targeted with remote-controlled IED,” the ISPR said.

One officer and five soldiers embraced martyrdom whereas one soldier was injured. The martyrs were as follows: