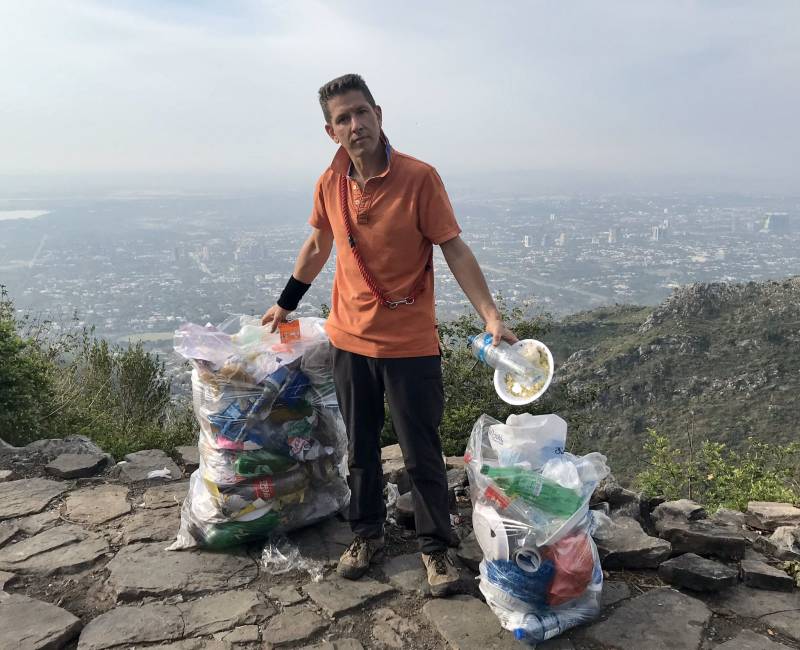 British High Commissioner Christian Turner who is always seen passionate to show the beauty of Pakistan to the world by uploading scenic photos on social media has posted fresh pictures of collecting garbage from Margalla Hills.

Taking to Twitter, the British ambassador posted two pictures of gathering piles of litter during his morning walk on Margalla Hills in Islamabad. He also reminded people of their religious obligation.

He was holding the garbage and plastic bags which he collected, shared and requested the Pakistanis not to litter.

After his tweet, the administration took notice and took steps to lift the garbage from the hills.

On which, Turner thanked the administration for taking notice of the matter.

Bahut shukriya 🙏 @ShafaqHashmiPAS @hamzashafqaat @dcislamabad for your commendable concern & action. I am humbled by the many responses - let’s keep working together for the #CleanIslamabadCampaign https://t.co/WVd9p8dDkU

Former skipper Wasim Akram also reacted to Mr Turner's post: "Now this is really embarrassing. Where are we heading?".

Now this is really embarrassing. Where are we heading ? And thanks Mr Turner for doing this almost every week . #safaainisfimaan https://t.co/38wCd9o3J5

"And thanks Mr Turner for doing this almost every week," he added.

What a shame and sheer disgrace for us as a nation.Thankyou Mr. @CTurnerFCDO really appreciate your efforts to awake up our authorities & public.
I'm sure @dcislamabad and rest of the beauracrats babus et al are "demoralised" by now.
The nation is waiting for the #batchmates ... https://t.co/AAF9DqiSbv