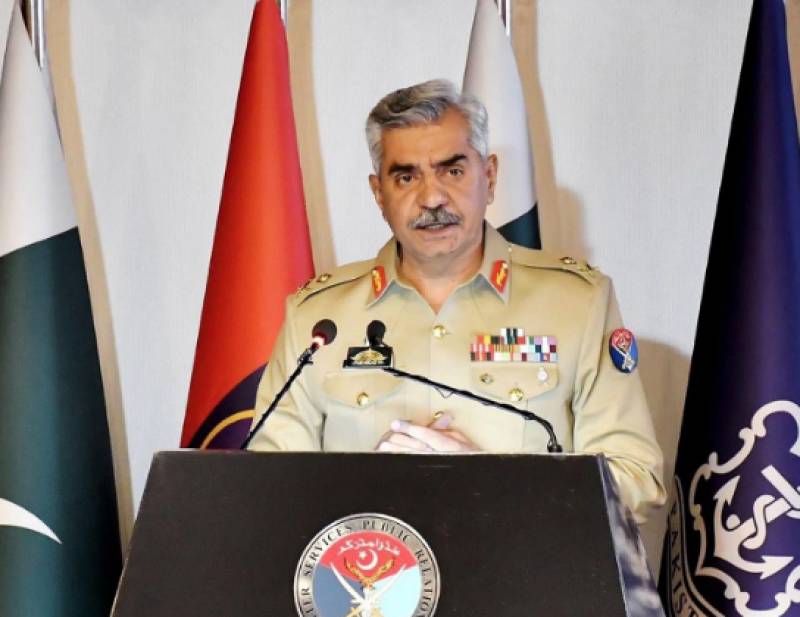 RAWALPINDI – The media wing of the Pakistan Army has warned against dragging the country’s armed forces and their leadership into ongoing political discourse.

“Recently there have been intensified and deliberate attempts to drag Pakistan Armed Forces and their leadership in ongoing political discourse in the country,” a press release issued by Inter-Services Public Relations cited as it termed such statements 'unsubstantiated, defamatory, and provocative and extremely damaging'.

The military's media wing noted that such attempts to involve the armed forces and its senior leadership in the political discourse were manifest through direct, insinuated or nuanced references made by some political leaders, few journalists, and analysts on public forums and various communication platforms, including social media.

It mentioned that the armed forces took strong exception to such unlawful and unethical practices and expected everyone to abide by the law and keep the armed forces out of political discourse in the best interest of the country.

ISPR, however, did not mention the incident it was referring to as many politicians, journalists, and panel experts mentioned the armed forces’ role in recent political changes.

Last month, the top brass of the Pakistan Army took note of the propaganda campaign against forces and create division between the military and society.

Army Chief General Qamar Javed Bajwa presided over the meeting, with corps commanders, principal staff officers, and all formation commanders of the Pakistan Army in attendance.