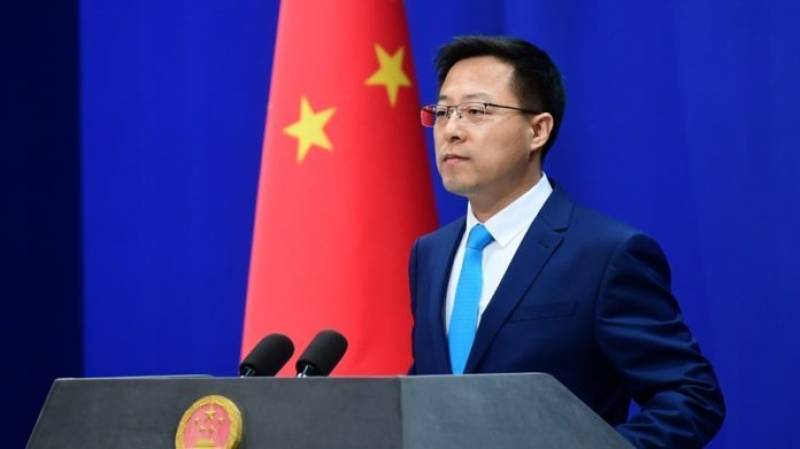 BEIJING - The projects being implemented under the China-Pakistan Economic Corridor (CPEC), a flagship project of the Belt and Road Initiative would not only benefit certain areas but to promote development across Pakistan, China Radio International (CRI) Urdu commented.

“The way the CPEC projects have been implemented over the last five years and the results that have emerged show that the purpose of building CPEC is not to benefit certain areas but to promote development across Pakistan,” CRI Urdu commented on the progress made in the construction of CPEC projects.

It said infrastructure, construction of industries, and elimination of energy shortages are to provide an environment for Pakistan according to its resources which will also benefit the people of Pakistan and will guarantee a bright future.

The Orange Line Metro Train in Lahore is the first electric public transport project, the launch of which has not only increased travel facilities for the people but also created new employment opportunities. In the last five years, CPEC projects have created 55,000 direct jobs in the road infrastructure sector, of which 48,000 have been created specifically for local Pakistanis.

According to a Chinese Foreign Ministry spokesman, major projects with a direct investment of US$25 billion have been completed since the inception of CPEC. The projects completed under CPEC are part of The Belt and Road.

Shipping cargo started at Gwadar port during the first six months of this year. Up to 20,000 tons of goods were delivered from shipping cargo to Afghanistan.

In this regard, CPEC has been instrumental in advancing Pakistan’s development.

The CPEC has addressed the issue of limited investment potential. Inadequate savings and shortage of foreign exchange in Pakistan and provided a high-quality axis for Pakistan’s economic growth.

Pakistan’s GDP growth rate is significant and it has created 70,000 jobs in Pakistan.

Since its inception, CPEC has considered the elimination of energy shortages in Pakistan as an important sector of construction.

Over a five-year period, energy projects under the CPEC framework added 3340 MW of electricity to Pakistan by early April 2019, accounting for 11% of the country’s installed capacity.

In the next phase, industrial cooperation is the focus of CPEC’s construction and development.

Given the pace of projects, their completion, and results, it can be said that CPEC is undoubtedly a new impetus for Pakistan’s sustainable development