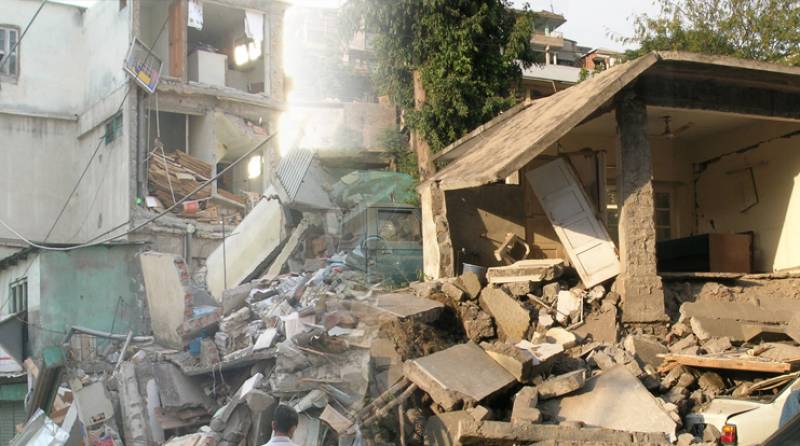 ISLAMABAD – October 8 earthquake in Pakistan is remembered as one of the worst disasters in the region that killed around 75,000 people mostly in Azad Kashmir.

The 17th anniversary of the harrowing earthquake, that hit the northeast regions of the country, is being observed today on Saturday.

Seventeen years back on this day, at 8:50 am, an earthquake of magnitude 7.6 struck the Himalayan region of northern Pakistan and its surroundings. Muzaffarabad was the hardest hit, mainly because the epicentre of earthquake was just 19 kilometres (12 miles) to its northeast.

Thousands of buildings were collapsed with additional fatalities and destruction reported in neighboring India and Afghanistan, making the incident as one of the most destructive earthquakes in recent memory.

Around 19,000 children succumbed to the earthquake, most of them in widespread collapses of school buildings.

In addition, approximately 250,000 farm animals died due to the collapse of stone barns, and more than 500,000 large animals required immediate shelter from the harsh winter.

In Pakistan, survivors still carry the heart-wrenching memories of that day in their hearts while images and footages of earthquakes show a trail of death and destruction.

A majority of quake victims were from poor families living in small and dilapidated houses and buildings.

Later, huge relief efforts were made to recover bodies, reconstruct damaged highways and mountain roads, and made parts of the region accessible.

Tensions were not high between Pakistan and India at that time and in a display of goodwill, several crossing points were opened in the line of control to boost rescue efforts and the flow of relief goods.

Timeline of major earthquakes in Pakistan

The region of Azad Kashmir and its surroundings is located at the juncture of the Eurasian and Indian tectonic plates, which according to experts is vulnerable to intense seismic activity.