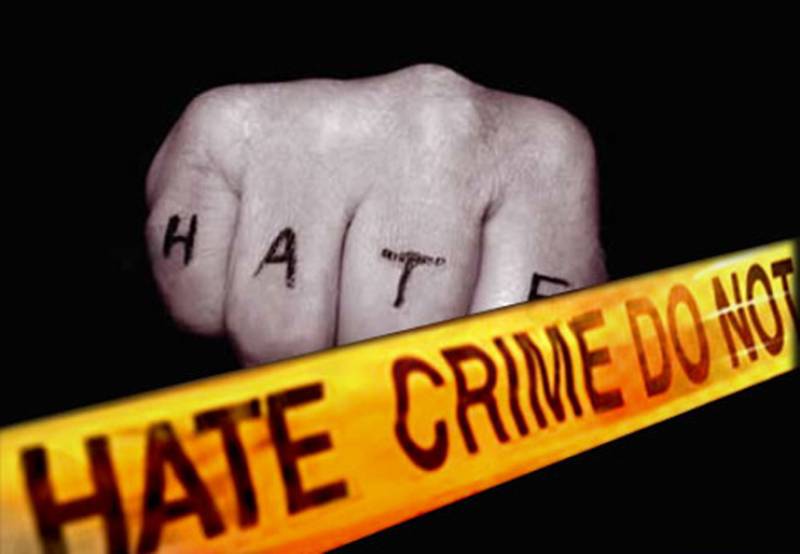 LONDON (Web Desk) - In separate incidents of hate crime reported within a week, a Muslim girl and four Jewish boys have been attacked in United Kingdom.

Mail Online reported that a 16-year-old girl wearing a hijab was struck in the head in an unprovoked attack on an east London street.

Tasneem Kabir suffered broken teeth and a smashed lip after she was hit by Michael Ayoade, 34, as she walked to college in Plaistow, Newham.

He was arrested after police released CCTV footage of the horrific attack, which showed Ayoade jogging away from the scene as Miss Kabir lay unconscious on the ground.

Miss Kabir's assault is an example of the Islamaphobic attacks being investigated in Inside Out London Special, which has been aired on BBC London yesterday.

Times of Israel reported, 17-year-old Jewish teenage boy was beaten unconscious at a train stop in Manchester in a suspected anti-Semitic attack on Saturday night.

Moshe Fuerst underwent surgery and was brought out of a coma on Monday. Three of his friends were also beaten up when they tried to save Mr Fuerst, sustained injuries.

His father Michael said the attack was carried out by a gang of "non-Jewish boys who were drunk" and who took "great joy, from the fact that they were beating up a Jewish kid."