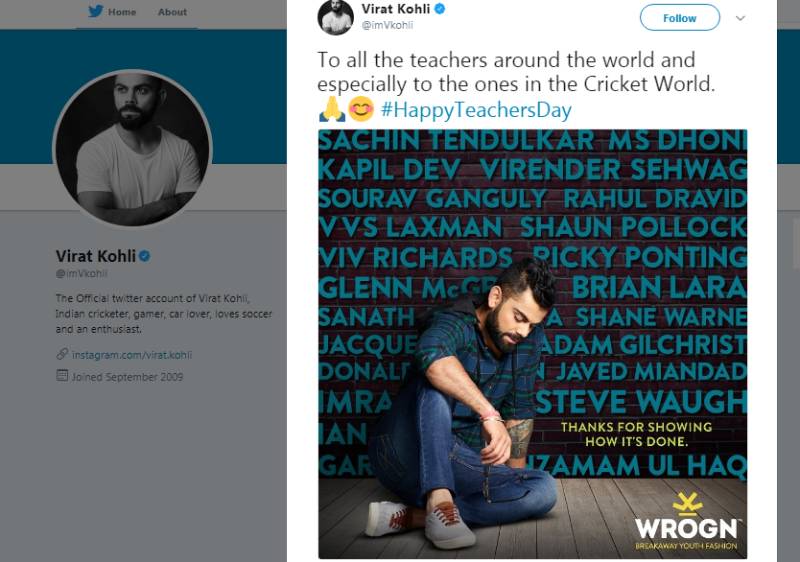 Virat Kohli is famous for being emotionally open, and has, this time around, put up a tweet, thanking teachers around the world for their contribution, especially in the CRICKETING WORLD!

Names in the background included legends from all over the world, including PAKISTAN.

The picture got some MAJOR love and respect from Pakistan, the way it should be. Bollywood actress Shraddha Kapoor even retweeted the tweet.

People claimed that Virat was a great human being, and a great cricketer of the modern era. Some further stated that he had MASSIVE respect from Pakistan!