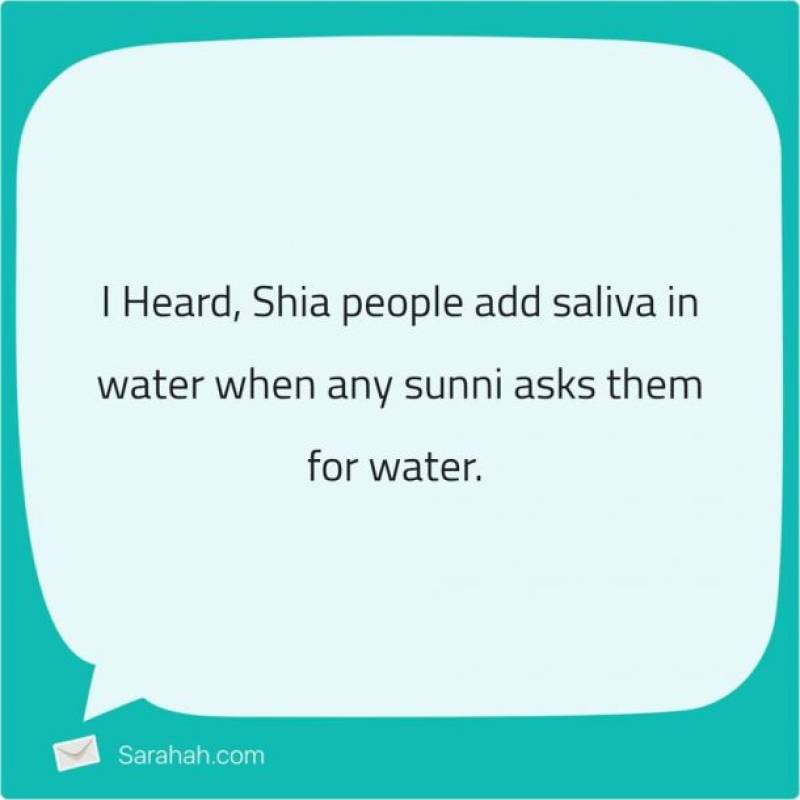 Syeda Uzma Jafrii, a Pakistani girl using Sarahah, was recently targeted by an anonymous, sick-minded sectarian, claiming that Shias 'spit into water before giving it to someone'.

Here's what she replied:

Okay, you think we spit into a glass of water before giving it to anyone? Let me tell you a few things.

One: Spitting into water or something would neither give us any benefit nor kill you because we don’t have arsenic in our saliva. So chill.

Two: Have you ever heard,”jhoota khane or peenay se pyar barhta hai”? If you have been drinking that spittle mixed water for centuries, why do we still have religious sectarianism? Mohabbat honi chahiye na?

Third & last: Do you know who is HUSSAIN (a.s)? He’s Prophet Mohammed’s (PBUH) grandson whose family was not allowed to drink a single drop of water in Karbala. Kids were crying by saying, “we are thirsty”. Whenever we drink water, we recall Karbala. We remember Hussain.”

Way to go, girl! We absolutely LOVED how she nailed the reply, proving that humbleness and patience is so beautiful. That gave a befitting response to the hate-monger, we are sure.