15 dead, 25 injured after bus collides with parked truck in Afghanistan 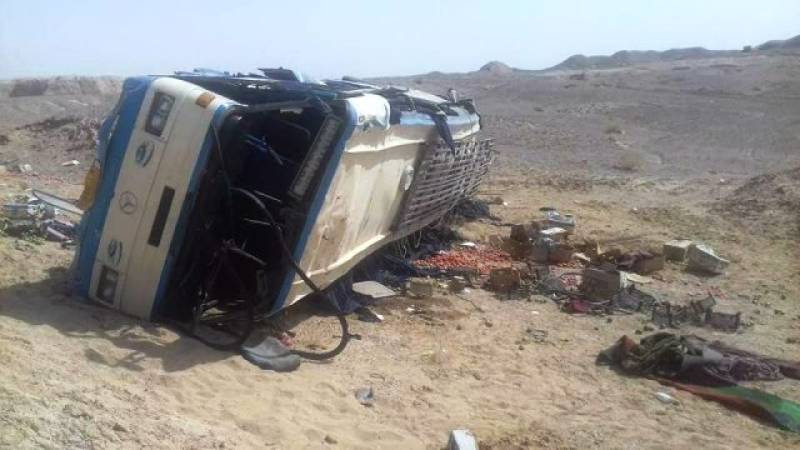 KABUL - At least 15 people were killed and 25 others injured when a bus turned turtle after ramming into a truck on a road in southern Afghanistan on Saturday and overturned.

According to officials, the accident occurred in Zherai district of Kandahar province when the passenger bus crashed into a stationary truck.

The bus was going to Kandahar from Helmand province carrying 40 passengers and overturned after the crash.

Women and children were among those who were killed in the road mishap.

In May 206, 73 people were killed and 52 others injured in Afghanistan when two passenger buses erupted in flames after one collided with a fuel tanker.

The crash occurred on the main highway linking Afghanistan's capital, Kabul, with the southern city of Kandahar, officials said.

Traffic accidents are common in Afghanistan where drivers often violate rules and roads are in poor condition.