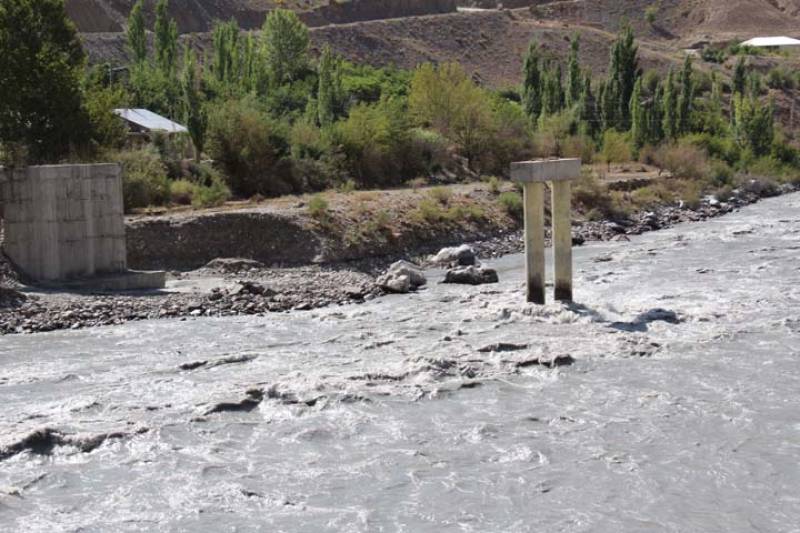 CHITRAL - A key bridge at Muxgol in the Mulkhow valley of upper Chitral has still not been completed, despite a lapse of three years since the flash floods washed it away in 2015.

Locals, who used the bridge to connect with other parts in the area, complain that then Minister for Sports, Mahmood Khan, who now serves as the chief minister of Khyber Pakhtunkhwa laid the foundation stone on the construction of an RCC (Reinforced Concrete) bridge over the Chitral river at the site in 2017, however, the slow pace leaves the locals hopeless about early completion of the bridge. 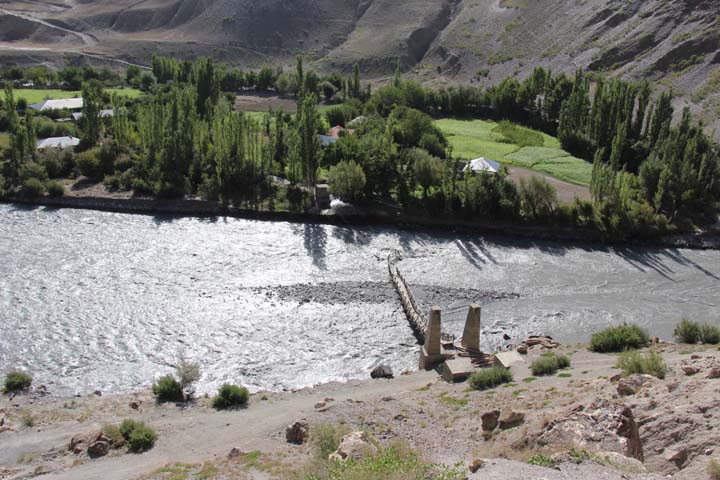 The bridge was initially constructed so that trucks can also pass to and fro from one place, however, soon it was dedicated for jeeps only, affecting the traders in the area.

When the locals complained the provincial Pakistan Tehreek-e-Insaf government, a fund worth Rs 60 million was allocated for the construction of a cement bridge, so that heavy traffic can pass, however, only a minimal workforce has been deployed.

A retired Sobaydar, Irfan Wali, claimed that a protective wall has also been erected alongside the bridge at a cost of Rs 6 million, however, he would have built the same arrangement in merely Rs 0.3 million.

'The development work on the bridge is at a snail's pace and it appears that the bridge would not be constructed even in a year,' complained the local.

Counsellor, Abdul Wali Khan, expressed that the bridge made out of wood was dangerous.

'We unload our luggage from jeeps and then carry it on our shoulders,' decried the official.

Scores of citizens believe that the tender was granted for the construction of the protective wall to an influential individual in the area as it should have been erected on a place to save the road and bridge from the water.

'If any discrepancy is tracked in the construction, the perpetrators should be brought to justice in line with PTI's policy of transparency,' the citizens say.