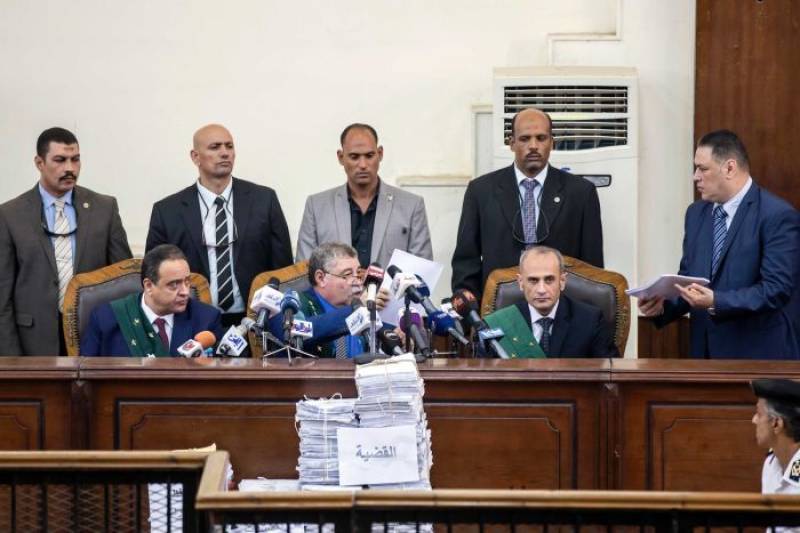 CAIRO - An Egyptian court has sentenced 75 people to death, including senior leaders of the Muslim Brotherhood, over a 2013 sit-in protest in Cairo that ended with the killing of hundreds of protesters.

Prominent photojournalist Mahmoud Abu Zeid, also known as Shawkan, was handed a five-year sentence but should walk free for time served. He was arrested in August 2013 while covering the killings in Cairo.

Lawyers for Shawkan said he would be out in a "few days".

In addition to Badie, 46 people were handed life sentences, while 612 other defendants received prison terms ranging from five to 15 years after a mass trial in Cairo.

The 2013 sit-in at Rabaa Square was staged by supporters of the deposed former president Mohammed Morsi. He was ousted in a coup by Egypt's current President Abdel Fattah el-Sisi, following days of protests against Morsi's tenure.

One of Morsi's sons, Osama, was among 22 defendants who received 10-year jail terms on Saturday. 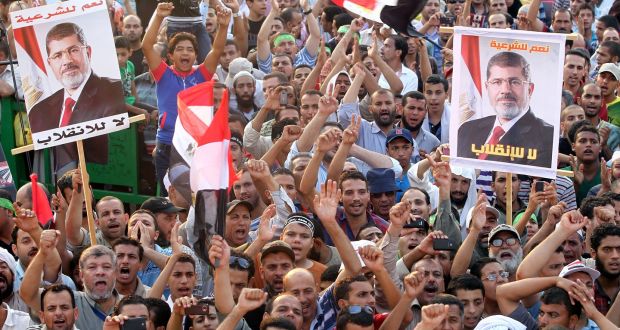 A total of 374 were sentenced to 15 years and 215 defendants to five years. Proceedings were dropped against five defendants who have died since the trial began.

Amnesty International and Human Rights Watch say at least 40,000 people were arrested in the first year after Morsi's ouster on 3 July, 2013.

Egypt's courts have sentenced hundreds of them to death or lengthy jail terms after speedy mass trials that human rights groups said made a mockery of due process.

They include Morsi and several leaders of his Brotherhood movement.

Meanwhile, no members of the Egyptian security forces or Cairo authorities have been held accountable for the Rabaa massacre.

"We condemn today's verdict in the strongest terms," Amnesty International said in a statement. "The fact that not a single police officer has been brought to account ... shows what a mockery of justice this trial was."