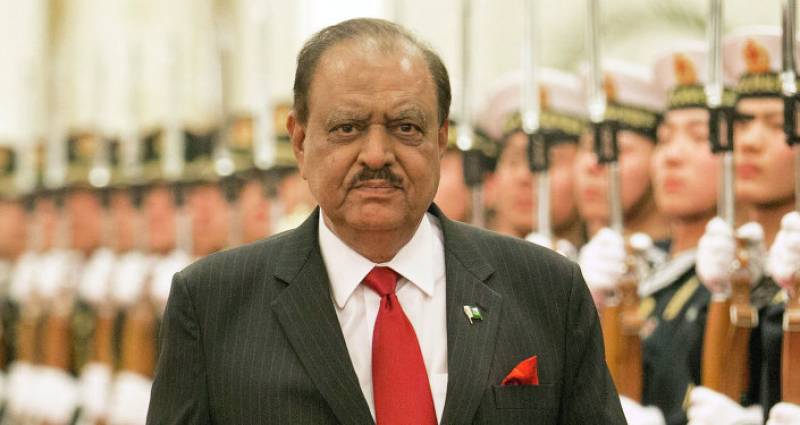 ISLAMABAD - President Mamnoon Hussain will be stepping down today at the end of his five-year term.

A farewell ceremony will be held where the outgoing president will be presented with a guard of honour. His successor, Dr. Arif Alvi, is scheduled to be sworn in on Sunday.

Mamnoon Hussain was elected as the 12th President of Pakistan in July 2013 and since then he addressed the joint parliament for the four times. He made all speeches in Urdu language as he has also been worked for the promotion of the mother language.

Hussain, a 77-year-old textile businessman from Karachi, rose to the presidency during the tenure of Pakistan Muslim League-Nawaz (PML-N) replacing Asif Ali Zardari, the former president.

Dr Arif Alvi, a candidate of ruling Pakistan Tehreek-e-Insaf (PTI), was declared 13th president of the country by the Election Commision of Pakistan (ECP) after the electoral college used their right to vote through secret balloting.

According to the official results, the PTI’s Dr Arif Alvi trounced his two rivals by grabbing 352 votes followed by Maulana Fazlur Rehman, a candidate of PML-N and MMA who bagged 184 votes.