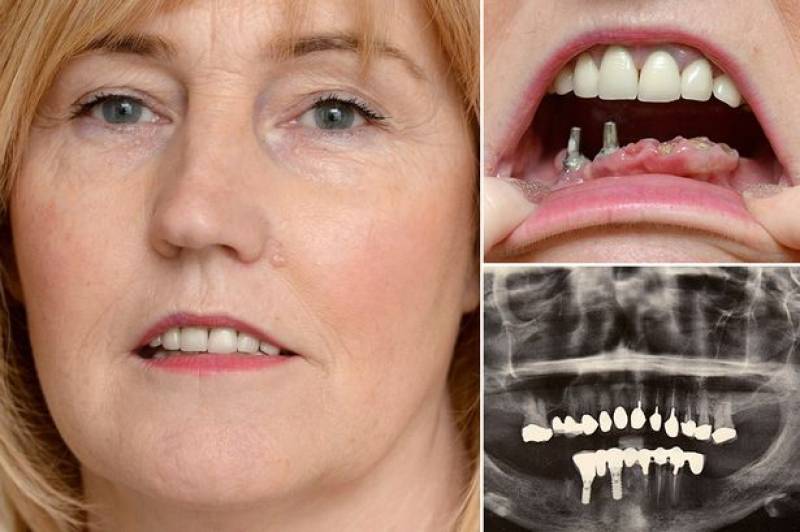 LONDON (Web Desk) - A patient was forced to remortgage her home after years of alleged incompetent dental treatment left her mouth looking like an ‘oral bombsite'.

Rose Devereux's teeth were virtually obliterated and cost £30,000 to fix.

The General Dental Council (GDC) has investigated the work of Janakan Siva and decided he must go before a disciplinary committee.

When the dental practice manager where Siva worked studied the mess, he admitted: “I’ve got 22 years experience of dentistry, but I wouldn’t know where to start with this.”

Social worker Rose had all her lower teeth removed and needed bone grafts as she remained with the same dentist for eight years.

Now, after months of discussion with the GDC, Mr Siva must face Fitness to Practice panel.

One possible sanction could be him being struck off.

She said the treatment even led to other health problems, with constant hip pain, splitting headaches and severe mobility difficulties.

She also said disintegrating abscesses have drained into her body, effectively poisoning her, and she was frequently unable to lift her left leg to put socks on.

According to Rose, since quitting the dentist in Allerton, Liverpool, her longstanding ailments gradually disappeared.

Rose said: “It’s been a long battle to get this far, and I’m glad I’ve stuck with it to prove, my feeling, that the treatment I received was way short of what is expected for a dentist.

Rose, from Wavertree, is now paying £30,000 to pay a top UK dental specialist in Manchester to correct the years of alleged mistreatment.

A General Dentist Council spokeswoman said: “We have a preliminary Fitness to Practice hearing for Mr Siva in April.”

The General Dental Union was approached to speak on Siva’s behalf but declined to comment.