UK schoolteacher in hot waters after “former pupil gets pregnant” 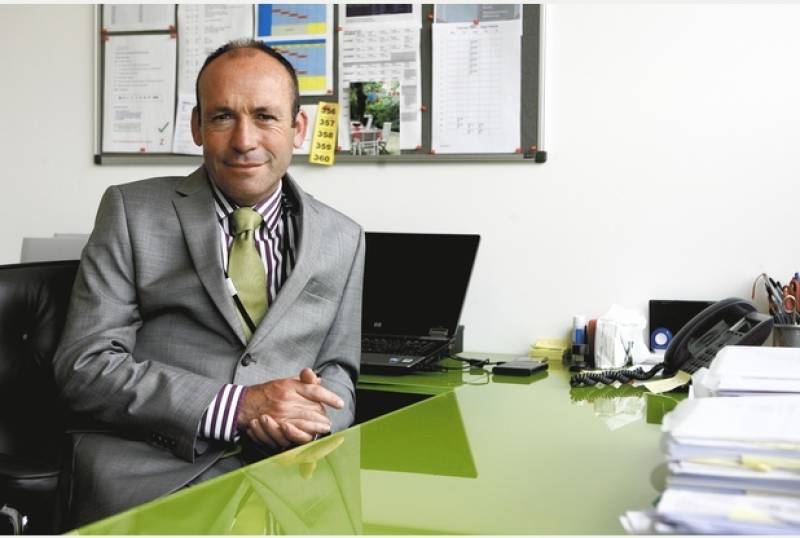 LONDON (Web Desk) - A UK head teacher has been arrested by police after allegedly getting a former pupil pregnant.

Sean Heslop is accused of abusing his position of trust by reportedly starting a relationship with a former pupil of his.

The 47-year-old has been suspended from his position as principal at two secondary schools - Marlowe and Folkestone Academy -and has now been released on police bail.

Despite the serious nature of the police investigation, Mr Heslop has allegedly told pals he is delighted that he is going to be a father.

A relative of his told the Sun: "Sean is the happiest he’s ever been because he’s going to be a dad.

“They are really excited and he is so happy to be a father.”

Mr Heslop, who used to be the head teacher of Tiffin School in Kingston, south west London, is thought to have split from his wife Celine, 44, last year.

Neighbours of his £1million home in south west London revealed he had not been seen for several months.

The pregnant woman, who has not been identified, is reported to have bragged to friends about the child and is thought to have the support of her mother.

Academy trust chairman Sir Roger de Haan has written to parents informing them of the decision to remove Mr Heslop from his job.

It said: "I am writing to let you know that Sean Heslop, Executive Principal of Folkestone and Marlowe academies, has been suspended from his duties. An investigation is ongoing, the nature of which is confidential."

The governors of the two schools said in a statement: "This has not interfered with and will not inhibit the good work going on in the schools, where the respective head teachers and their senior leadership teams ensure that teaching and other school activities continue as normal and that school routine is unaffected."

Mr Heslop took charge at Folkestone Academy in 2009 and, two years ago, took over Marlowe Academy as well.

He added: "Something was drawn to the governors' attention that required investigation. We have a duty to make sure pupils' education is the best it can possibly be and that it is unaffected by anything that may happen."

A Kent Police spokesman confirmed a 47-year-old man had been arrested "on suspicion of abuse of a position of trust."

He said he had been released on bail until July 30 while inquiries continue.