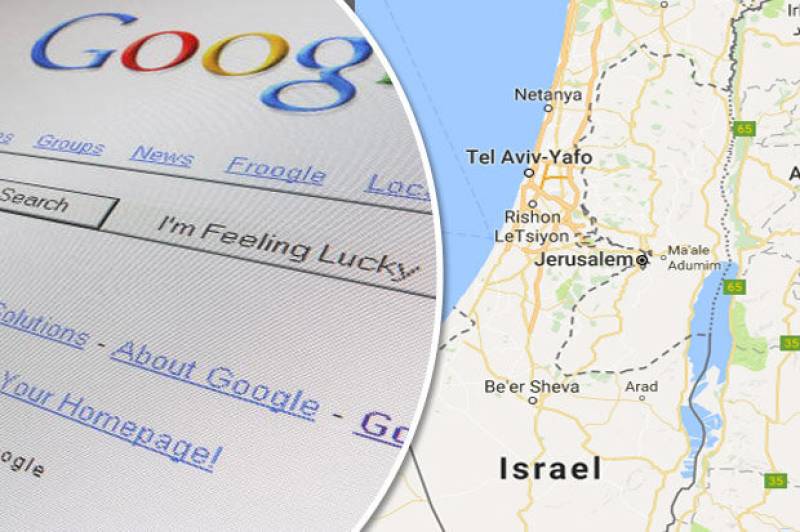 Technology giant Google has removed the name of Palestine from its Maps and replaced it with Israel according to a Palestine journalists portal. The search engine is now under flak for hurting the sentiments of Palestinians.

Google stirred the controversy on July 25 when Palestine was reportedly replaced with a broken line in the official "Google Maps" application. Following the latest move, activists are taking aim at the firm for becoming a complicit in Israel-Palestine conflict.

so google completely removed palestine from google maps. I love how normalized erasure and stealing land is in 2016 pic.twitter.com/nS5E95p4D1

Widespread campaigns were launched to compel Google reinstate Palestine instead of a mere brokered line. A campaign named "Put Palestine on your maps” has attracted over 150,000 signatures, accusing Google Maps of “making itself complicit in the Israeli government’s ethnic cleansing of Palestine” either on purpose or inadvertently.

The campaigner, Zak Martin, has urged people from around the world to sign the petition and force Google retreat on the unjust move.

"The omission of Palestine is a grievous insult to the people of Palestine and undermines the efforts of the millions of people who are involved in the campaign to secure Palestinian independence and freedom from Israeli occupation and oppression" Zak wrote in his petition.

Moreover, The Palestinian Journalist Forum has urged the search engine to restore Palestine map immediately. As of current, there is no Palestine in Google Maps , even when keywords Palestine typed, Google Maps direct you to Jerusalem and Gaza.

Twitteratis also expressed their outrage on abolishing Palestine from the maps.

shame on you google it's palestine not isreal 🔥🇮🇱🔥🇮🇱🔥 pic.twitter.com/KJW8EebHnP

On the other hand, Google responded to the criticism by stating that Palestine was never mentioned on maps, it was always there with dashed lines as it shares disputed boundary with Israel . The clarification stated that a bug caused removal of "West Bank" and "Gaza" strip.