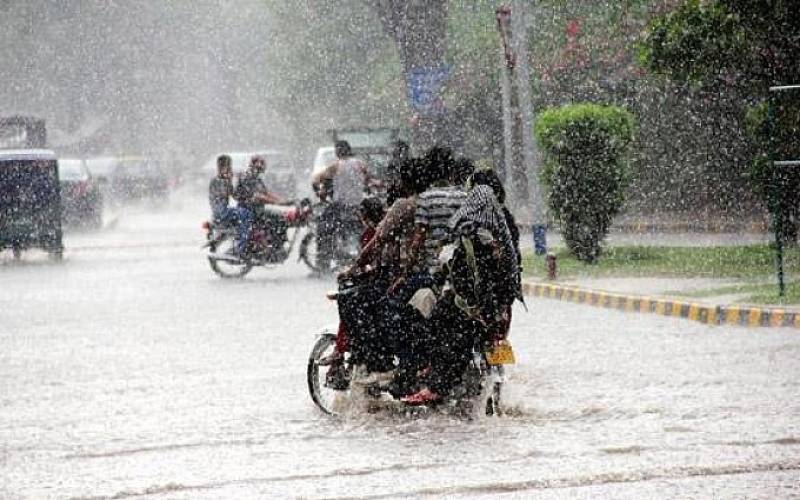 LAHORE (APP) - Pakistan Meteorological Department (PMD) Wednesday predicted scattered rain with snowfall over the hills during next couple of days.

A spokesman of the Met-Office informed APP that a westerly wave is likely to grip western and upper parts of the country on Wednesday evening. Under the influence of this weather system, scattered rain with snowfall over the hills is expected in Islamabad, Khyber Pakhtunkhwa (KP), FATA, Upper Punjab (Rawalpindi, Sargodha and Gujranwala divisions), Gilgit-Baltistan and Kashmir. While isolated rain is also expected in Quetta and Zhob divisions during the period.

The rain-fed areas of Punjab and KP may receive scattered rain of light to moderate intensity that will be very beneficial for the standing wheat crop, spokesman added.

Spokesman further informed that after this wet-spell, the low temperatures and high ground moisture will generate dense fog in the plain areas of Punjab, Peshawar valley and Sukkur division during the coming weekend. The dense foggy conditions would continue in the plain areas, particularly in Punjab,

during next 3 to 4 weeks, affecting land and air traffic.