US opens center for agriculture and food security at Faisalabad university 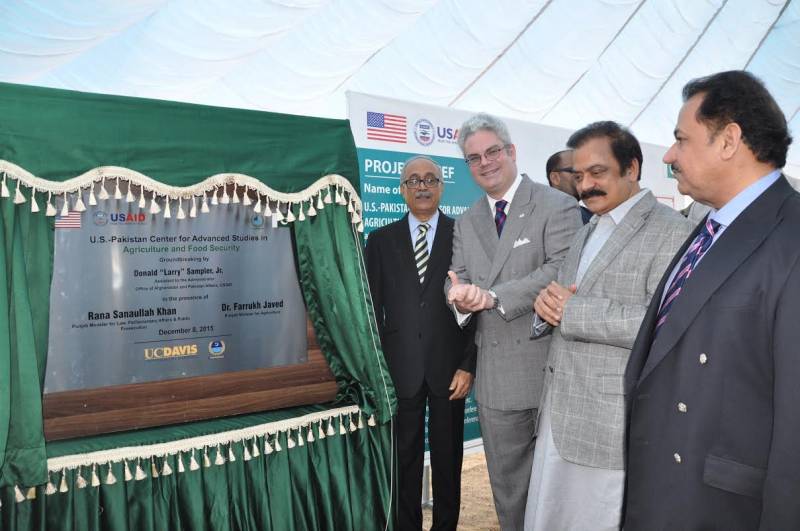 FAISALABAD (Staff Report) - In partnership with USAID, the University of Agriculture in Faisalabad will establish US-Pakistan Center for Advanced Studies in Agriculture and Food Security to yield more growth and innovation in Punjab.

US Consul General Zachary Harkenrider and ministers for Agriculture and Law Dr Farrukh Javed and Rana Sanaullah participated in a ground-breaking ceremony for the $30 million center on Wednesday.

UAF and the University of California, Davis will collaborate through this center to drive innovation and growth in the agriculture sector.

To support this partnership, USAID will fund the construction of state-of-the-art laboratories, a library, and other research facilities at the new center, in addition to supporting graduate student exchange programs. The center’s research and outreach to the private sector will focus on topics such as climate change, precision agriculture, and biotechnology.

“The United States remains strongly committed to creating economic growth and employment opportunities for the people of Pakistan and considers the agricultural sector a top priority,” Mr Harkenrider said. “We are confident that our investments, in partnership with the Government of Pakistan, will bring long-term positive growth in the sector.” 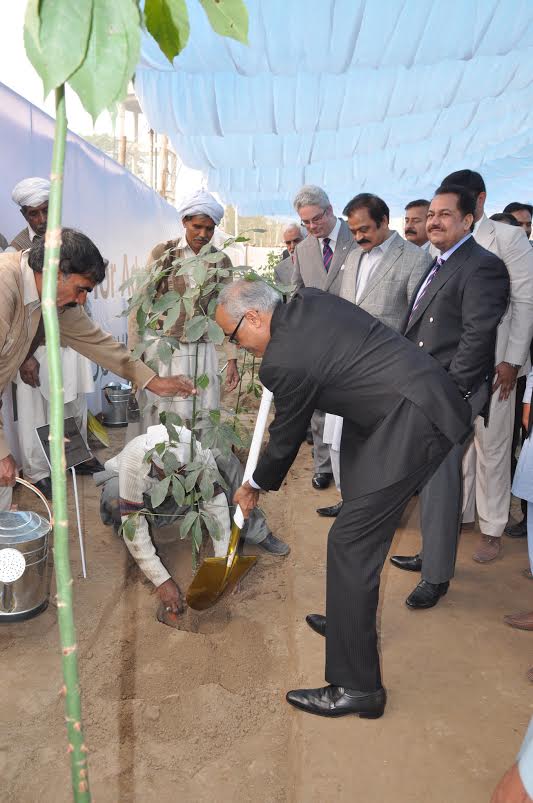 It is one of four such centers USAID is funding in Pakistani universities to support Pakistan’s economic development by strengthening universities to implement applied research for innovation and developing solutions in the areas of energy, water, agriculture, and food security.