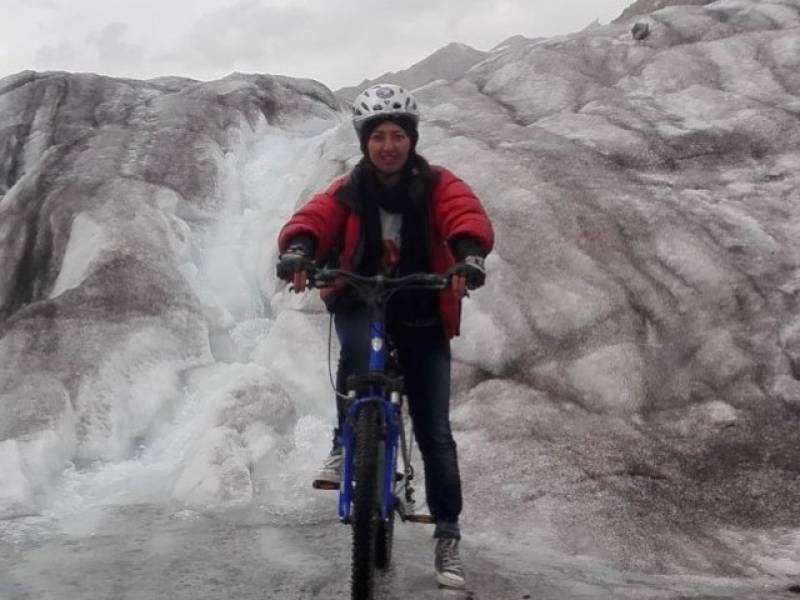 LAHORE - A young girl from Pakistan’s northern province of Khyber Pakhtunkhwa has achieved the feat of becoming the first woman in the world to scale Africa’s highest mountain - Mount Kilimanjaro, on bicycle.

Samar Khan, a cyclist from Dir, was sponsored by Pakistan Army for her participation in the mountain cycling event in Tanzania. 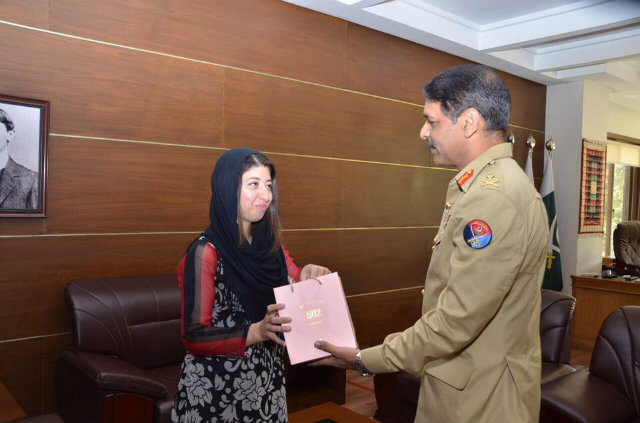 Khan, who has cycled on glaciers in Karakoram range, scaled 5895-meter Mount Kilimanjaro on Thursday. She was awarded by Tanzania’s Tourism department.

#Killimanjaro is the #highest peak of #Africa, free standing #mountain and a 200 years old #dormant #Volcano situated in Arusha, Tanzania. The #expedition is to: 1= Scale Mount Kilimanjaro 2= To highlight the effects of 'climate change' over there 3= To ride till KIBO's Crater. #DEPARTURE: 2nd Dec 10pm from Benazir Bhutto Int. Airport #ARRIVAL: 12th DEC 8am on Benazir Bhutto Int. Airport #SamarKhan is the #adventure #athlete from 'Lower Dir, KP', who has been promoting #Adventure sports with the skills of #mountaineering, #Cycling & #trekking. She attempts such #challenging tracks to change the mindsets of people, to show them the possibilities in the world of sports and how youth can excel in #positive activities & #empower themselves for the name of #Pakistan. Now, she is going to scale the #RoofOfAfrica, #Kilimanjaro & to mount the #PakistaniFlag at the summit. (InShaAllah) The event has been sponsored by #PakArmy, #ISPR & being the #goodwill ambassador of #HashooFoundation, Samar Khan is also working in the development areas such as #WomenEmpowerment & #ClimateChange issues.

She is also the first woman in the world to have cycled on the 4,500-metre-high Biafo glacier in Gilgit-Baltistan. 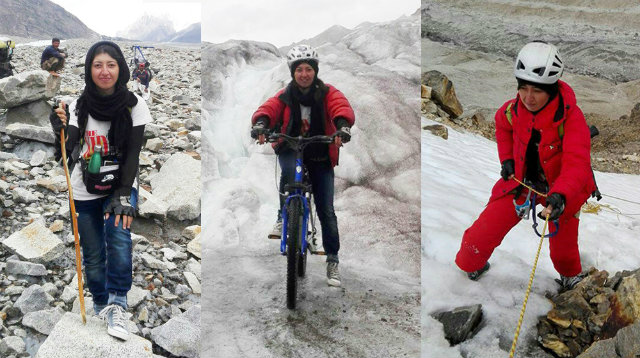 Khan, a Master’s degree holder in physics, enjoys paragliding, trekking, and mountain climbing in addition to cycling, which she has a penchant for.

She is also the first female in history to summit 6000+ meter high Virgin Peak; with the successful attempt of cycling.