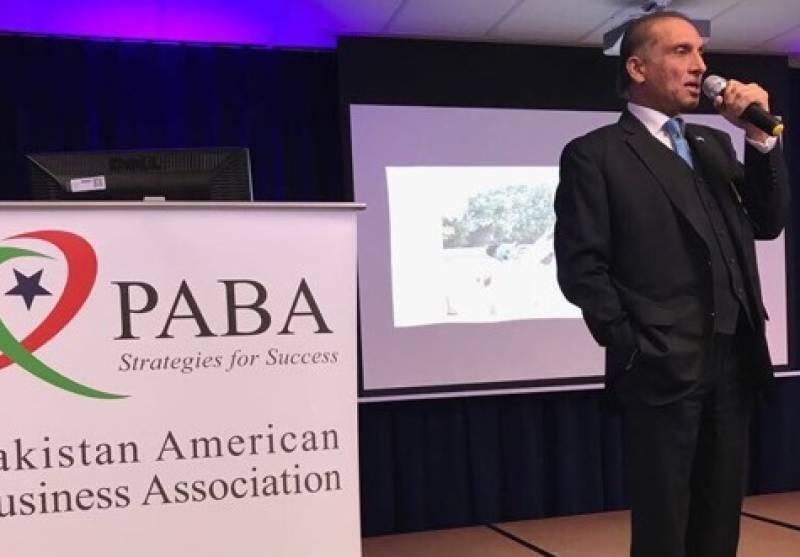 Speaking to the attendees, the ambassador appreciated the work of PABA in promoting business cooperation between Pakistan and the United States. Chauhdary said that Pak-US relationship goes back in history marked by close cooperation which should continue in future.

Aizaz advised the Pakistani-Americans to contribute to strengthen the cooperative ties between the two countries by investing and getting more involved in the community of their adopted homeland.

He also awarded certificates to the members of Pakistan Cricket Club (PCC) which currently holds the title of Washington Cricket League champions. Chaudhary congratulated the team on winning the championship and admired their efforts to connect people by building bridges at the community level through sports.

M. Siddique Sheik, Founder and Chairman of PABA in his welcome remarks thanked the Ambassador for his presence and his support for the Pakistani-American community. He, on the behalf of PABA, presented Aizaz with a souvenir.

The event was attended by distinguished guests from all walks of life, including members of Virginia State Congress, academia, media, bankers’ association and the business community.