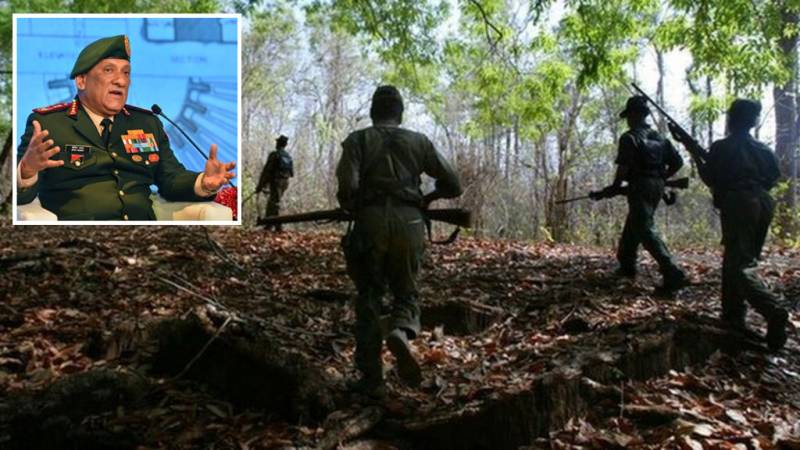 New Delhi – As the Indian air force has started an inquiry to probe the helicopter crash that killed defence chief Gen Bipin Rawat, Nagaland Maoist rebels are being blamed for the deadly incident.

Indian defence officials have retrieved the Flight Data Recorder, also known as 'Black Box', of the ill-fated chopper that crashed on Wednesday killing 13 including the top Indian commander while the Ministry of Defence is yet to issue an official statement in this regard.

On the other hand, many of the possible reasons have emerged that might have led to the crash involving Rawat including the attack of the Naxalite–Maoist insurgency – a group of communists who attacked officials.

The rumours claimed that Rawat’s helicopter was allegedly attacked as he commanded an operation of the Indian army in the northeast region.

Many of the reports also valid the rumours as tensions prevail in the north-eastern Indian state of Nagaland following the killing of 14 civilians by the Indian army.

Officials have terminated internet services and imposed a curfew to quell mass protests while violence started when security forces mistook a group of coal miners for militants and opened fire. The officials called it a case of mistaken identity but locals reject the claim. An Indian soldier was also killed as angry locals clashed with the troops in the region.

On the other hand, Mi-17V5, a Russian made medium twin-turbine transport helicopter, that crashed on Wednesday, belonged to the 109 Helicopter Unit, based out of Sulur airbase in Tamil Nadu.

The chopper is said to be one of the latest versions of this Russian-made military transport helicopter available around the world. It belongs to the MI-8/17 family of military helicopters. It has a digital flight data recorder and a cockpit voice recorder onboard to monitor flight parameters and cockpit conversations respectively.

NEW DELHI – India’s chief of defence staff (CDS) General Bipin Rawat, his wife and 11 others were killed in ...

Amid many of the factors that led to the chopper crash, experts listed bad weather as the most probable reason. Low visibility owing to foggy conditions may have caused the crash, some reports claimed. Other reports claimed that the chopper might have entangled in power lines or it crashed due to the engine failure. The possibility of a minor technical defect cannot be ruled out.

Indian security boss, who died in a crash, was among the most senior officials. The deceased was appointed as the country's first chief of defence staff in 2019 and previously served as the army chief. Rawat was a decorated military commander who often led units in restive regions