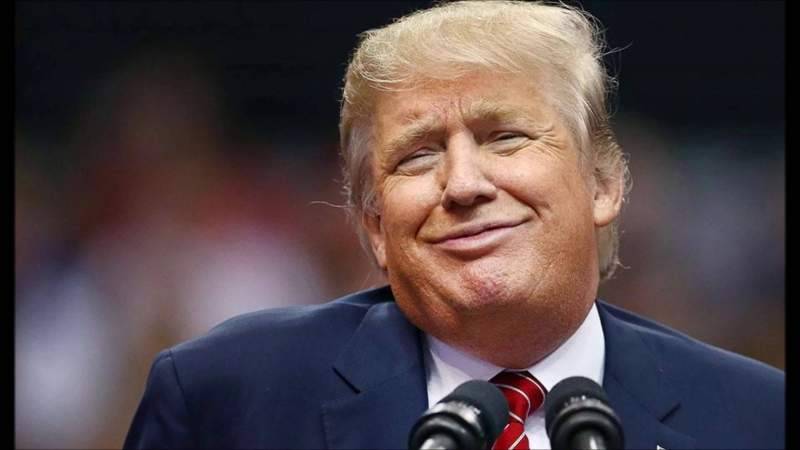 LAHORE - Observing the unfathomable actions and offensive proclamations of the current US president, many in the American continent must have thought Donald Trump an ‘idiot’ - but Google Images has taken it too literal.

Internet users were shocked to see pictures of Trump when they looked for an image for the word, ‘idiot’ on the search engine.

The search results have reportedly been triggered by a Reddit post which contained an image of Trump and the word ‘idiot’. The post was shared by a group of online activists who took out to manipulate Google’s algorithm into linking the word with images of the US president, in order to express their discontentment against Trump’s policies and decisions. 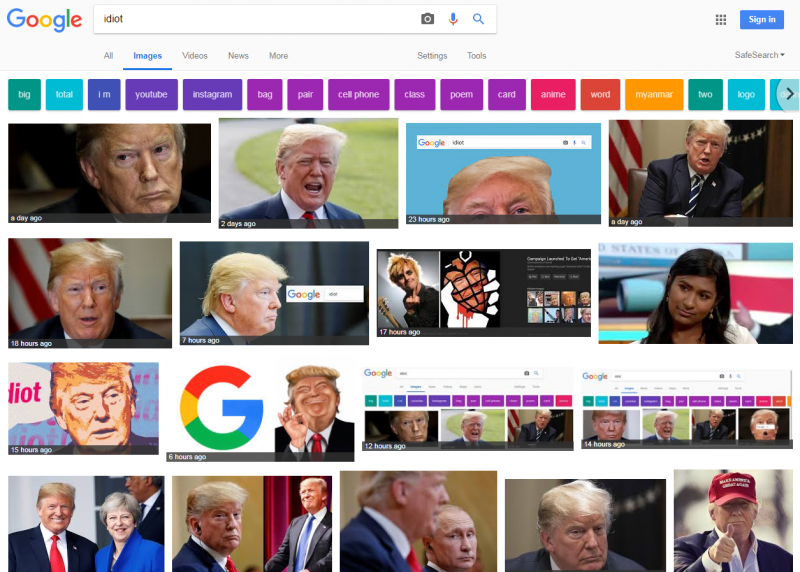 According to The Guardian, the attack is a result of a campaign started by online activists who are unhappy with the president's somewhat controversial policies.

Once this was upvoted and links were published to other sites, Google’s algorithm began to link the two and show the President’s picture whenever someone searched for ‘idiot’.

Although the algorithm is always being reworked, the article reads states “it only makes the search engine more useful and not more culturally sensitive”.

LAHORE - Besides having earned a bad name on diplomatic front due to its underhand lobbying and state-sponsored ...

Previously, Indian prime minister was listed by Google as ‘the world’s most stupid Prime Minister’. The incident sparked outrage in the subcontinent and people went as far as filing cases on Google for ‘wrongfully’ categorising their prime minister as a stupid man.

The incident occurred a month after Google, displayed images of the Indian premier when users searched “Top 10 Criminals”. Although Google apologised for this incident.