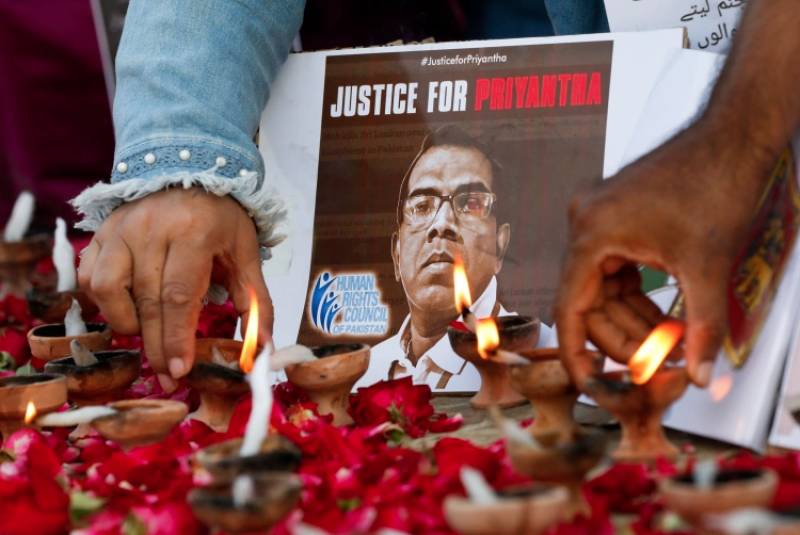 COLOMBO – Sri Lankan man Priyantha Kumara, who was lynched by a mob in Sialkot for alleged blasphemy, was buried in his native village in the Island country with state honors on Wednesday.

The deceased body was taken to Polhena cemetery in Ganemulla, 25km from Colombo, after Buddhist rites had been conducted at his residence. Later, law enforcers led a procession in which family and friends carried the casket with his charred remains to the burial ground. 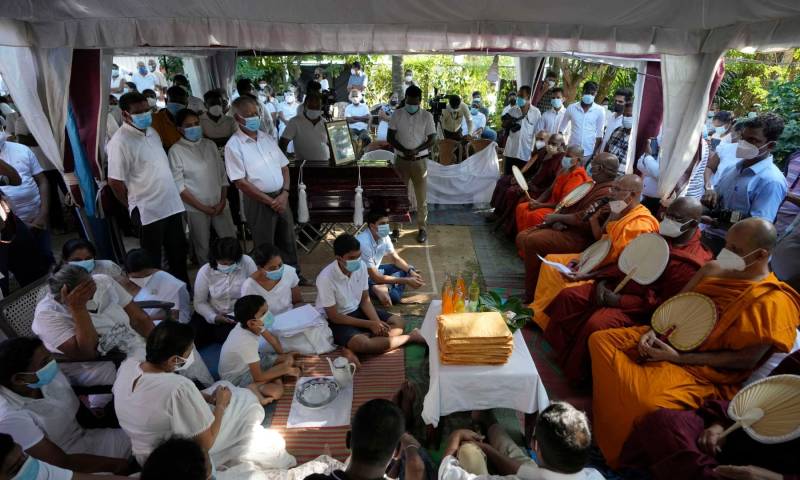 To pay tribute to Kumara, who was assaulted by a mob was dragged into the street and set on fire last Friday, was decorated with white flags symbolizing mourning while the condolence banners were also mounted in wake of brutal killing.

Mourners who gathered for the funeral of Priyantha Kumara Diyawadana also urged the authorities in both South Asian nations to ensure justice for the victim. 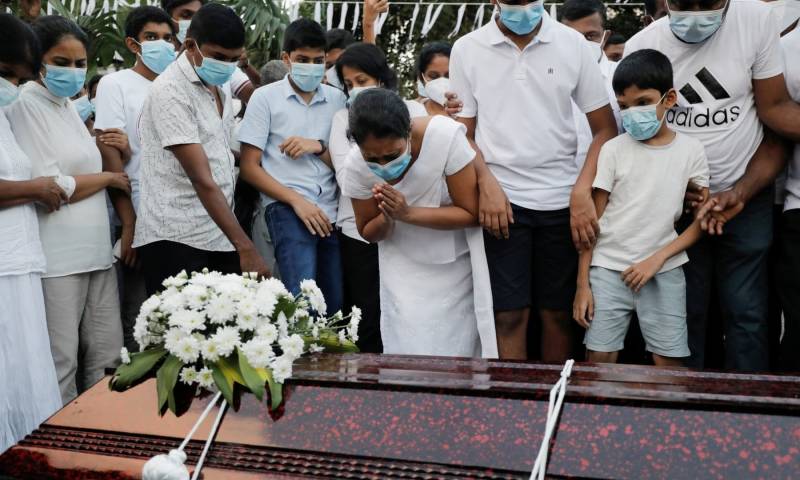 Last Friday, the 48-year-old was attacked at his place by a mob. Workers at the factory had reportedly accused him of desecrating Islamic posters.

Meanwhile, police have apprehended dozens of people in connection with the violence, and Prime Minister Imran Khan pledged to punish those found guilty of the heinous crime.

ISLAMABAD – A SriLankan Airlines flight arrived in Colombo on Monday with the remains of Priyantha Kumara, a Sri ...