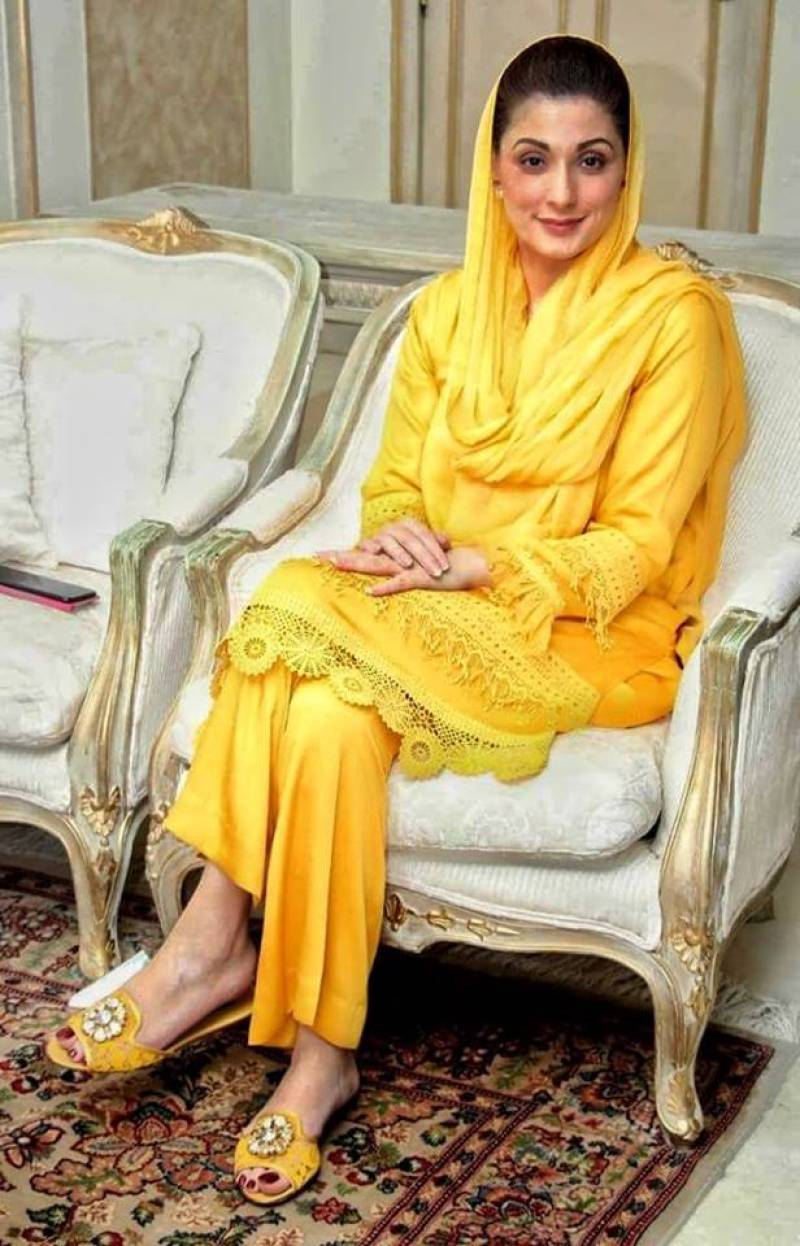 A major problem with politics in Pakistan is that it is inherently misogynistic and many male politicians have spared no occasion to run full fledged smear campaigns against their female contemporaries. An example of this degradation based on gender is one that dates back to when the late Benazir Bhutto was alive and active in Pakistani politics.

Being political opponents, Nawaz Sharif once referred to BB as a yellow "Taxi"; a very local slur that has extremely negative connotations referring to a "woman of ill repute." This was later adopted by PMLN as a strategy to deter people from voting for Bhutto who was seriously hurt by these personal comments based on gender discrimination.

Now the tables have apparently turned as Nawaz Sharif's daughter, Maryam Nawaz uploaded a picture of herself wearing all yellow and people have used this opportunity to 'get back' at her father.

People were quick to respond to this ironic twist of fate and started calling Maryam Nawaz a "taxi":

Nawaz and Company did worst with BENAZIR BHUTTO, Politics was just excuse,

But JUSTICE has been DONE.

Some people even resorted to calling her horrible names and talked of starting the same trend with Maryam Nawaz:

Thankfully some people tried talking some sense against the toxic misogyny that is so deeply ingrained in our people:

I hate her to the moon and back but don’t call her names please, koi girra tha to aap bi girain gay ab?

The question to ask is not only that why should a daughter have to pay for her father's sins and sexist remarks, but why must we stoop so low and bring down one woman to erroneously believe that we are bringing another one up? This is not for a heroic or just cause. This is not an attempt to fight for the memory of the late and respected Benazir Bhutto who worked all her life to serve as an example for Pakistani women! The woman who against all odds rose up against the patriarchal norms and society and became Pakistan's first female PM.