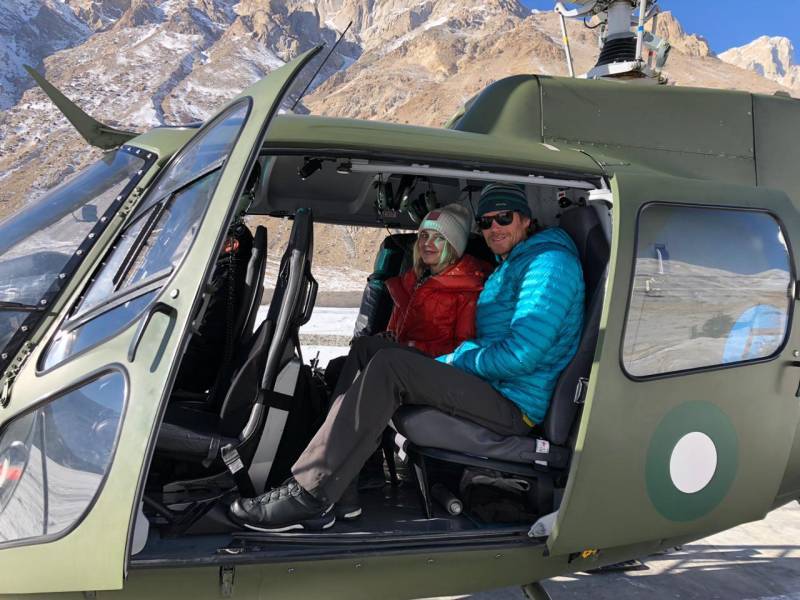 According to the ISPR, Donald Allen Bowie (USA) and Lotta Henriikka Nakyva (Finland) were part of an International Winter Expedition attempting to summit Broad Peak but stranded enroute due to sickness.

Earlier in January, Pakistan Army had rescued 22 students, who were trapped in Rato, an area of Gilgit Baltistan, due to heavy snowfall and landsliding.

The university management then requested the army to rescue its students stranded in the mountainy area.

Following the request, Chief of Army Staff General Qamar Javed Bajwa had directed troops to airlift the students through helicopters.