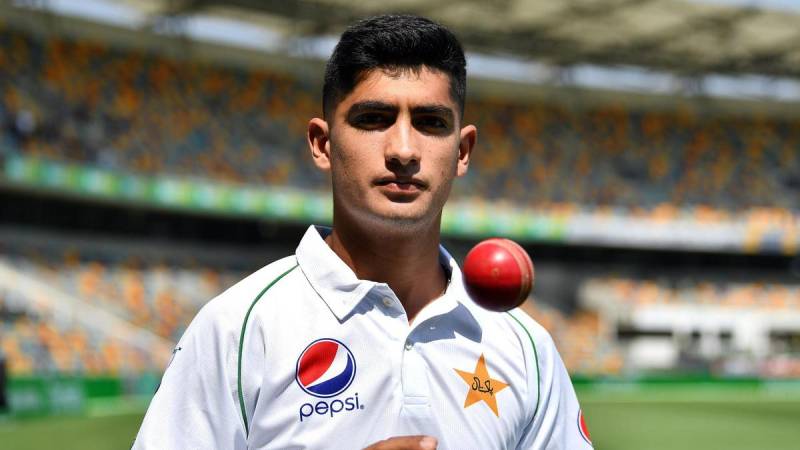 ISLAMABAD - Naseem Shah became the youngest player to claim a test hat-trick when he dismissed three Bangladesh batsmen with successive deliveries in Rawalpindi on Sunday.

Pakistani fast bowler, who turns 17 next week, dismissed Najmul Hossain, Taijul Islam and Mahmudullah at the Rawalpindi Cricket Stadium as Bangladesh slumped to 124-5 in their second innings on day three of the opening test.

The host opted to review the umpire’s decision after an lbw appeal against Najmul was turned down and replays confirmed the ball would have hit the stumps.

Taijul also fell lbw and Mahmudullah edged the next ball as Naseem became the fourth Pakistani to claim a test hat-trick after Wasim Akram (twice), Abdul Razzaq and Mohammad Sami.