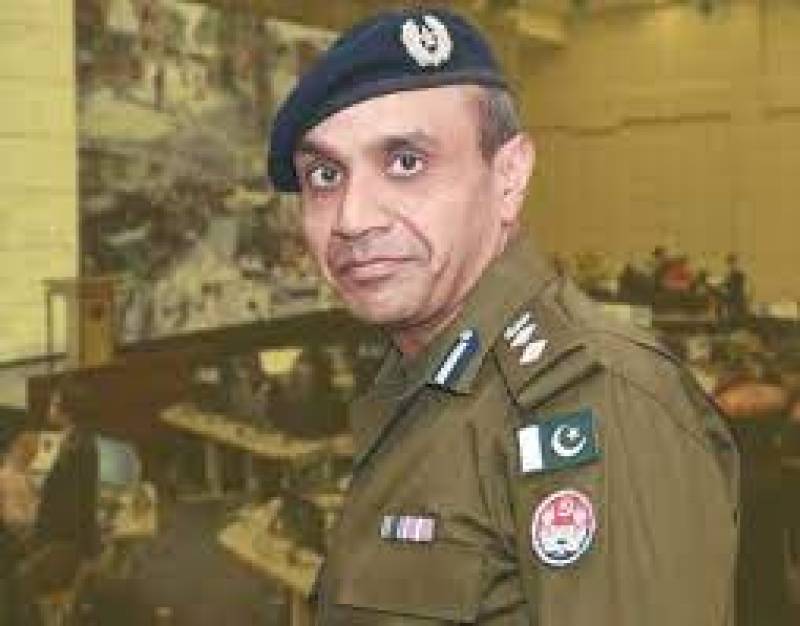 LAHORE – The federal government on Wednesday dismissed former Lahore DIG Operations Dr Haider Ashraf from service after charge of his misconduct proved in an inquiry.

According to a notification issued by Establishment Division, “The secretary Establishment Division as Authority in terms of Rule 2(1) (e) of the Civil Servants (Efficiency and Discipline) Rules, 2020 read with Rule 6 of the Civil Servants (Appointment, Promotion and Transfer) Rules, 1973 has imposed a major penalty of “Dismissal from Service” upon Dr. Haider Ashraf (PSP/BS-19), with immediate effect, in terms of Rule 7 (1) read with Rule 4(3)(e) of Civil Servants (Efficiency and Discipline) Rules, 2020, as charge of misconduct was proved against him during the disciplinary proceedings initiated vide Show Cause Notice of even number dated 27.09.2021.

“Dr. Haider Ashraf shall have a right of appeal to the Appellate Authority under the Civil Servants (Appeal) Rules, 1977, within a period of 30 days from the date of issuance of this Notification.” 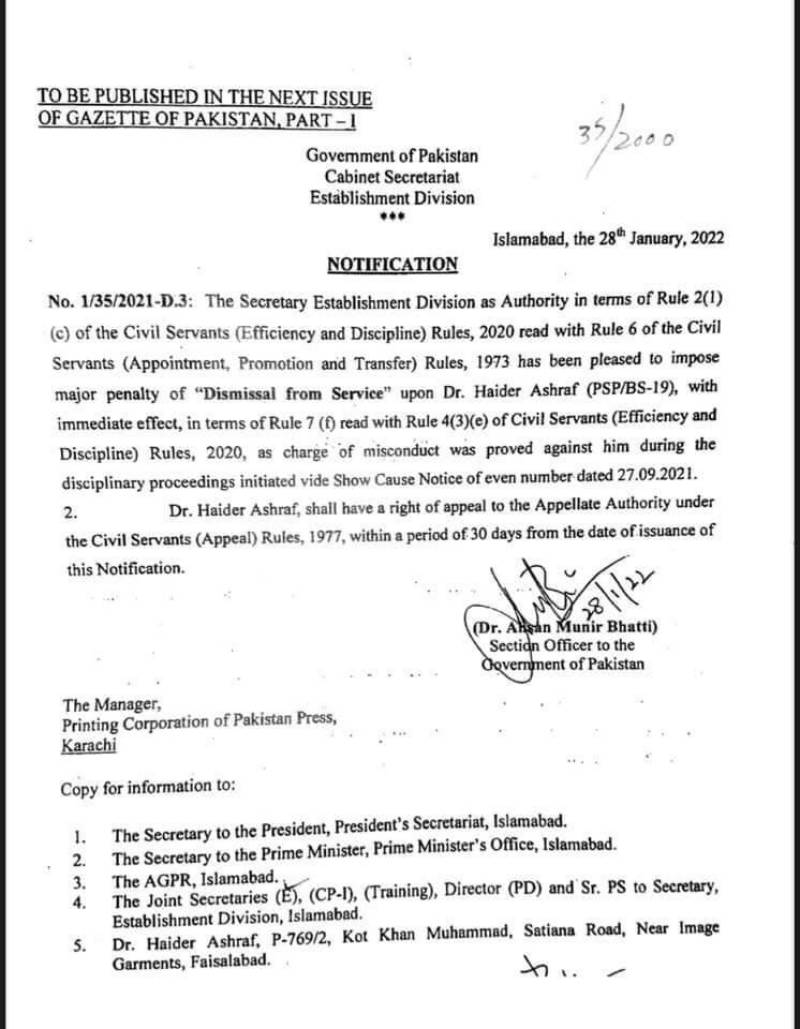 Dr Haider Ashraf had remained DIG Operations Lahore in 2018 but left the country for Canada on the pretext of further study.

The National Accountability Bureau (NAB) had also initiated inquiry against the former top cop for having assets beyond means as well as alleged embezzlement in the government funds.