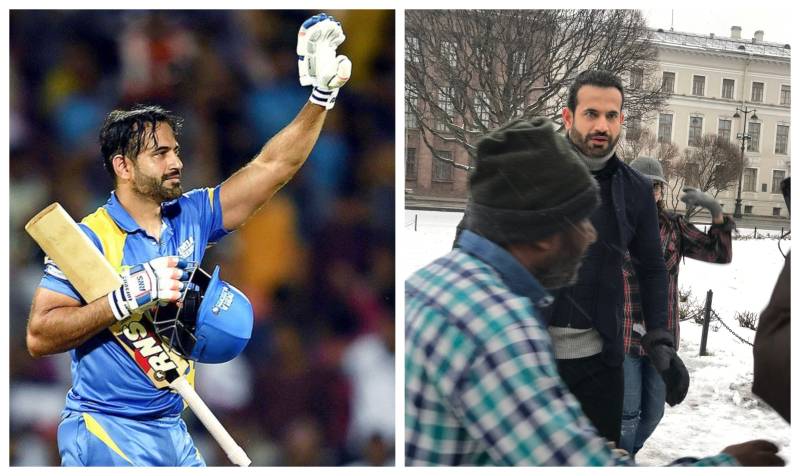 MUMBAI – Former India cricketer Irfan Pathan is set to make his acting debut from the Silver screen with a Tamil film ‘Cobra’.

The teaser of the Kollywood movie has been released, sending the former cricketer's fans into frenzy.

Indian actor Chiyaan Vikram has been starred as lead actor in the thrill film directed by celebrated Ajay Gnanamuthu, who has previously made blockbuster hits.

The filmmakers had plans to release the movie during summer this year but it has to be delayed after COVID restrictions disrupted the shoot in March. New date for the release of the movie is yet to be announced.

Cobra teaser is out guys. Have a look https://t.co/Z2wJkGeUWh #cobra #debut pic.twitter.com/DXVnsDnnlW

Here’s how fans reacted after Irfan shared the teaser of the upcoming movie:

Your role is very wonderful.. i like your role in cobra movie...waiting for a movie to see u in theatres😍😍😍😍😍

All the best for your debut, Bhai.

All rounder for a reason 🙂👌🏼 Wishing you a huge success!! Eager to watch in big screen