American distributor to release Pakistani film 'Joyland' in US 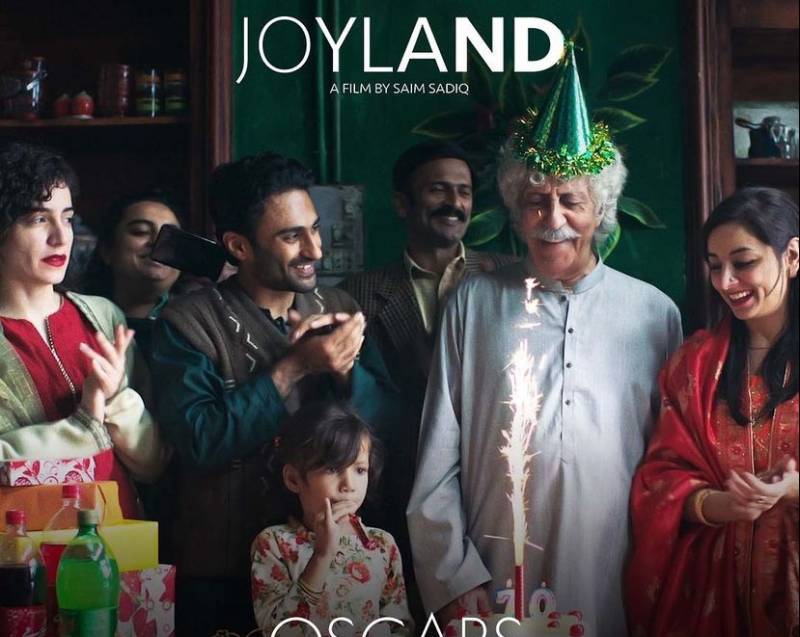 Pakistan’s Cannes Winner and International Oscar hopeful ‘Joyland’ has earned itself yet another international fan. Sean Baker of films The Florida Project, Red Rocket and Tangerine took to Twitter and lauded American film distributor Oscilloscope Laboratories’ decision to release the film in the US.

Taking to Twitter, the filmmaker tweeted, “Great news. Oscilloscope is releasing Saim Sadiq’s beautiful film. Happens to be the first Pakistani film to be shortlisted for the Oscars.”

Oscilloscope Laboratories also tweeted where they announced that Joyland has joined their “O-Scope family” as they are proud to release the much “captivating and essential” Pakistani film. The distribution company also announced that it will be available to watch in cinemas this year.

Great news. Oscilloscope is releasing Saim Sadiq’s beautiful film. Happens to be the first Pakistani film to be shortlisted for the Oscars. https://t.co/dG6glyERa1

The official Instagram account of film Joyland re-shared Baker’s tweet and wrote, “We love Florida Project, Tangerine and Red Rocket and to have the support of the filmmaker who gave us these gems means the world. Thank you Sean Baker.”

For the unversed, Oscilloscope Laboratories is an independent film distribution company owned by rapper Adam Yauch of Beastie Boys. Based in New York, the company has a recording studio and film production facilities.

The news comes after Sadiq’s Joyland was shortlisted for the Oscars in the Best International Feature Film category. It’ll be competing against Argentina’s Argentina, 1985, Austria’s Corsage, France’s Saint Omer, Morocco’s The Blue Caftan, and India’s Last Film Show among others this year at the 95th Academy Awards in March.