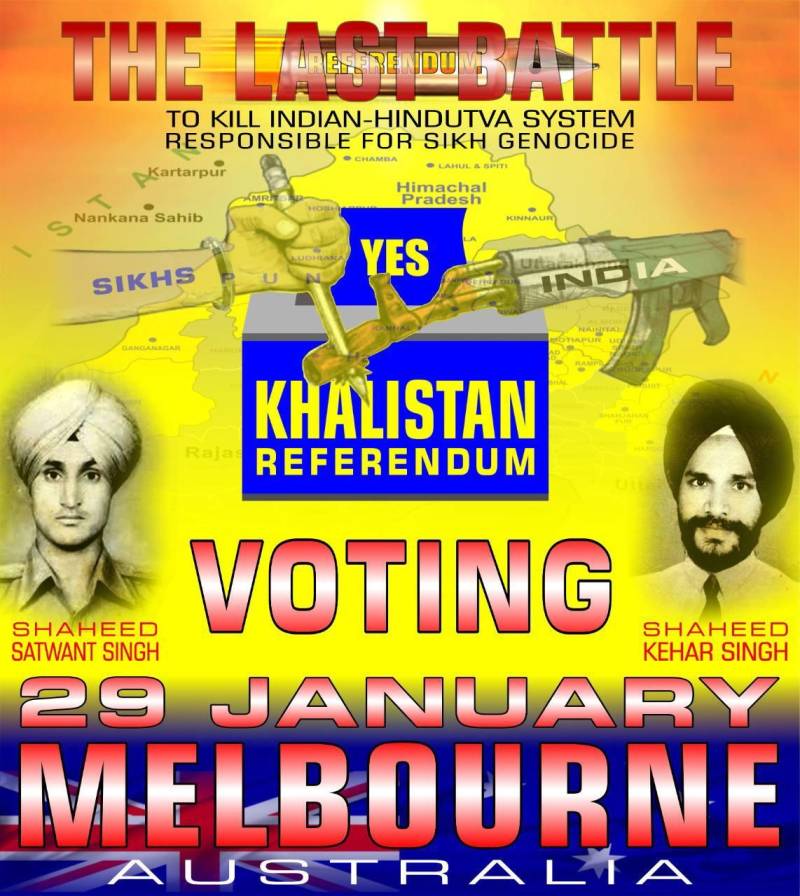 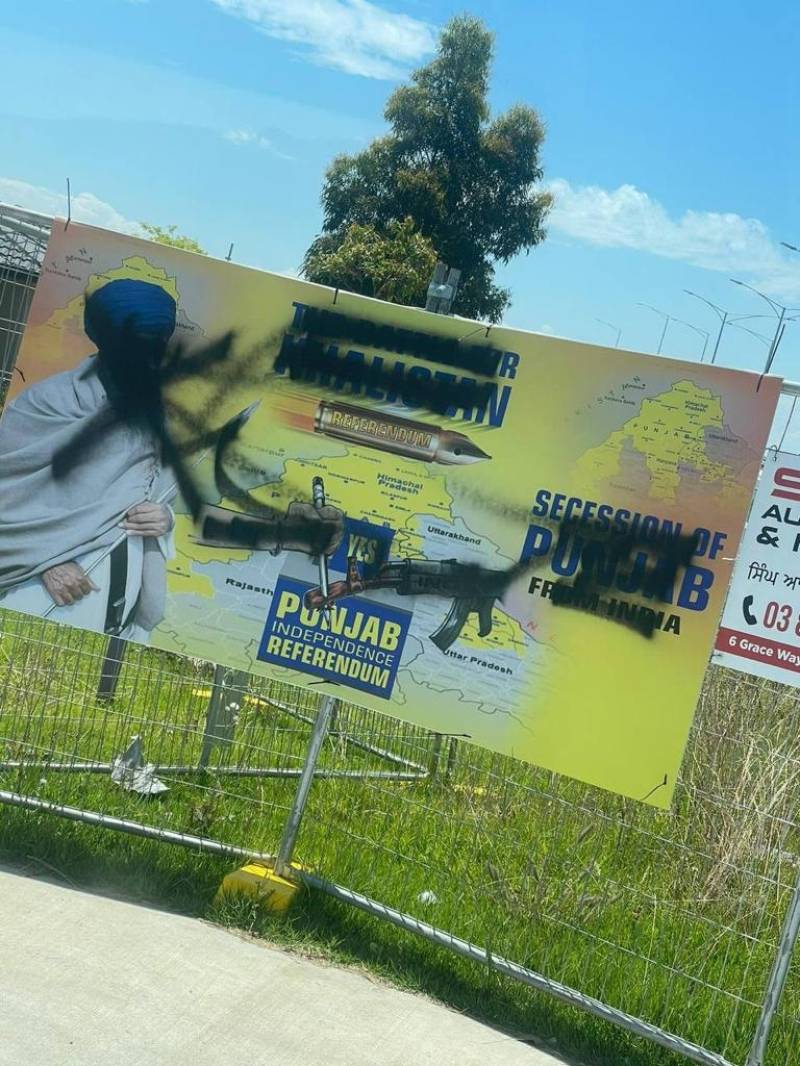 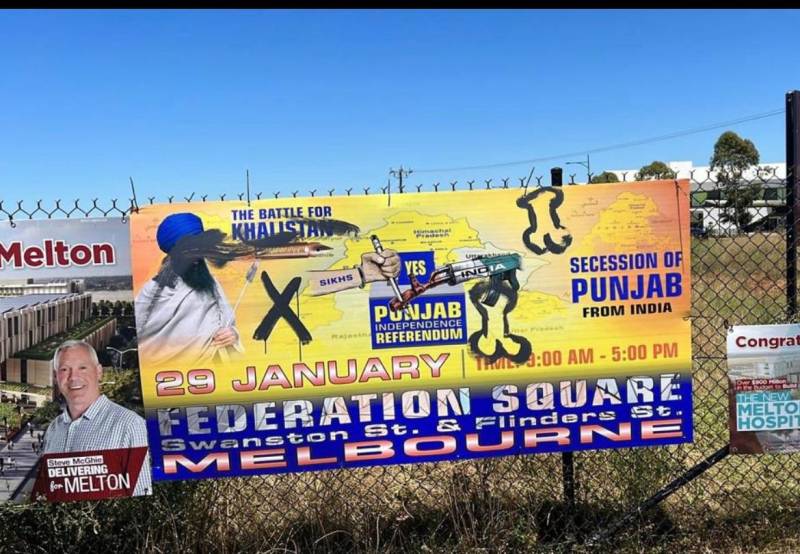 MELBOURNE – Upcoming Khalistan Referendum in Australia has fuelled yet another controversy in which Indira Gandhi's assassins are being glorified by placing banners across Melbourne and a car rally planned for January 15 to mark the 34th martyrdom day of Satwant Singh and Kehar Singh who were hanged on 6th January 1989 for assassinating the former Indian Prime Minister Indira Gandhi to avenge Operation Blue Star against holiest Sikh shrine - the Golden Temple of Amritsar.

The Khalistan Referendum banners, erected by the Australian Sikhs across Melbourne which were carrying pictures of Sant Jarnail Singh Bhindranwale and assassins of Indira Gandhi, have reportedly been vandalized by defacing the prominent faces of Khalistan Movement - Bhindranwale, Satwant Singh and Kehar Singh, resulting in counter uproar by the Sikh community who lodged vandalism and hate complaint with the authorities.

Remarkably, India has vehemently lodged its reservation with the Australian Government over the Khalistan Referendum voting, however, Australian Government after looking into the matter did not take any steps to ban the ongoing Khalistan Referendum campaign and scheduled voting in Melbourne being organized by secessionist group "Sikhs For Justice" (SFJ).

Australian Hindu Media shared the poster on Twitter. The tweet read, “Plumpton Gurdwara glorifies murderers of Indira Gandhi in this poster. How on earth does this further a charitable purpose, Australian Charities and Not-for-profits Commission?”

In a sign of India’s unease, the Modi govt has warned Australia of the increasing presence of Khalistan activists in the country in December last year after a Khalistan Referendum Rally was announced. Indian media has complained that the Australian government has taken no concrete steps against the Referendum scheduled for January 29 by the pro-Khalistan advocacy group Sikhs For Justice.

Last month, several Australian parliamentarians expressed solidarity with the local Sikhs community gearing up for Khalistan Referendum voting at the end of January 2023 after The Australian newspaper attacked pro-Khalistan activism of Sikhs and linked them with acts of terrorism.

Parliamentarians from cross-parties have expressed support for the Sikh community, giving full backing to the right of Sikhs to peacefully express themselves through voting, organised by pro-Khalistan group Sikhs For Justice (SFJ), in Melbourne next month.

Rob Mitchell MP, federal member of McEwen, said in a letter he was disappointed by recent articles in The Australian regarding the Sikh community in Melbourne. He said: “Be assured that these articles are in no way reflective of our view of the Sikh community.  Australia values diversity and inclusion, respects the right of individuals to engage in peaceful protest and supports the non-violent expression of views and beliefs. Freedom of expression is fundamental in open and democratic societies.”

David Shoebridge, Senator for New South Wales, and Senator Jordon Steele-john said The Australian newspaper on 6 December 2022 published an article which inappropriately allowed an anonymous representative of the foreign Indian government to attack the Sikh community in Australia. He said: “These attacks are not based on any material evidence. Our officers have heard from the Sikh community who understandably are offended and disturbed by the content of this article.

“The Sikh community has a proud history of positive peaceful community support, community outreach and proactive contributions to our multiracial community.”

Federal Member for Leichhardt Warren Entsch said the comments published against Sikhs in the paper had “caused serious damage to the reputations of Sikh communities across Australia. The reporting of warnings raised by the Indian govt don't accurately reflect the reality of the situation here in Australia. The Sikh community in Australia is a peaceful and law-abiding group of people who have contributed a great deal to our local communities”.