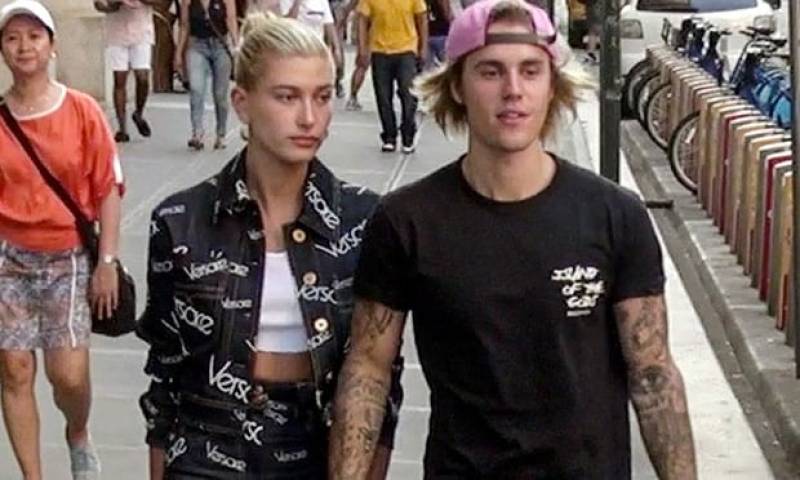 LOS ANGELES - Reportedly, American singer Justin Bieber and model Hailey Baldwin are said to be engaged after reigniting their romance a little more than a month ago, according to reports on Sunday.

Eyewitnesses claim the 24-year-old Sorry hitmaker got down on one knee proposing to the 21-year-old model at a resort in the Bahamas on Saturday night. a national American newspaper reported that "Two women said they have seen them both at a restaurant when Bieber's security told everyone to put their phones away as something special was about to happen, The two witnesses then saw Bieber propose in front of everyone".

Also, Bieber's dad, Jeremy shared a sunset snap of the pop star on Sunday with the caption, "@justinbieber proud is an understatement! Excited for the next chapter!"

Fans reacted to the star's father's cryptic tweet, immediately asking if the couple had gotten engaged.

After the news broke, a source told People, "It's kind of a surprise, but kind of not. Justin has been extremely happy these past few weeks. He has known Hailey for a long time. This might seem sudden, but they know each other very well."

Bieber has been practically inseparable from the Tommy Hilfiger model in recent weeks who he dated briefly in 2016 after being friends for years.

Bieber first met Hailey in 2009 at The Today Show, when the two were introduced by her father. They began to spend more time together in November of 2014, when Bieber first shared an image of them together in New York City, however, they continued to deny dating rumors.

It wasn't until February of 2016 that Beiber confirmed the two had a relationship, with him telling GQ, "she's someone I really love. We spend a lot of time together."

On the other hand, Hailey didn't break her silence about the relationship until May 2018. She revealed in the May interview she and Justin had 'moved past' the 'weirdness' of their split.

The Sorry song vocalist was in a relationship with Selena Gomez earlier this year after the longtime on-off couple reunited last fall after her break-up from The Weeknd. Apart from Selena, Bieber previously had serious relationships with many others too including Chantel Jeffries, Sofia Richie, and Baskin champion. 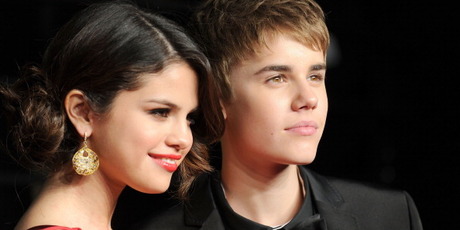 His well-documented, on-and-off again relationship with the Bad Liar singer began in December 2010 with the two dating until November 2012. Bieber and Gomez have been breaking up and got back together several times but in late 2017, they once again got back together, however, they broke up in March 2018.

Till now the Baby singer has not given any engagement news. The fans are waiting eagerly for confirmation and further updates.