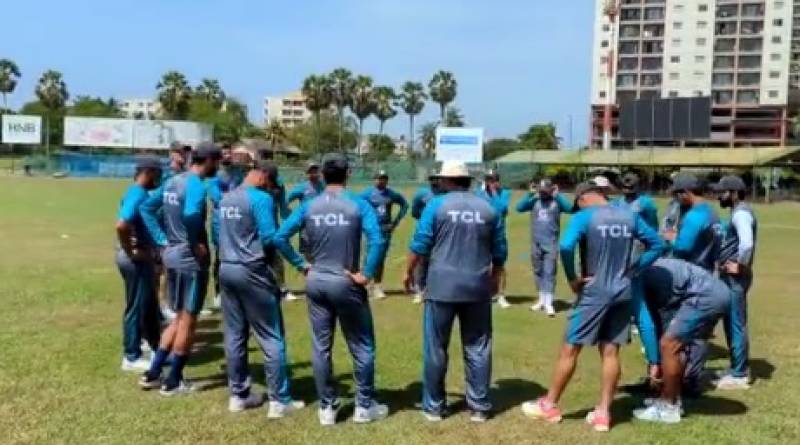 KARACHI – The Pakistan cricket team has cancelled its practice session scheduled for today (Saturday) in Colombo as the Sri Lankan government imposed a curfew due to worsening political situation in the island country.

The development was confirmed by an official of the Pakistan team, stating that the practices was to held at P Sara Oval but it has been cancelled due to the curfew.

The Men in Green arrived in Sri Lanka earlier this week for the two-match Test series.

The much-anticipated tour is scheduled to commence with a three-day warm-up matches followed by two Tests scheduled on July 16-20 and 24-28.

Reports said that Sri Lankan authorities have imposed a curfew in capital city of Colombo as a massive protest has been planned on the weekend.

Protests were also held on Friday in the capital city where police fired tear gas and used water cannons to disperse demonstrators, who are demanding the ouster of embattled President Gotabaya Rajapaksa over economic crisis.