Hashwani calls for action against Modi at int’l forums 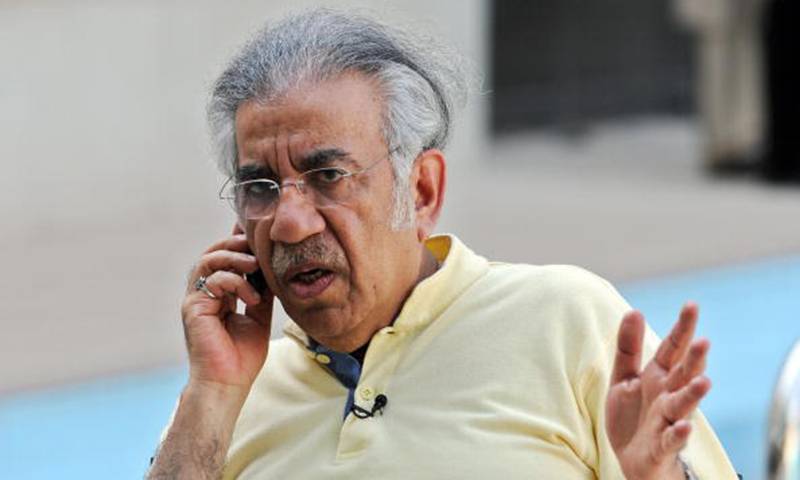 ISLAMABAD (Staff Report) - The leading Pakistani entrepreneur and Chairman of Hashoo Group Sadruddin Hashwani has said that Indian Prime Minister Narendra Modi's latest statement has proven that he is the worst enemy of the Muslims.

In a press statement issued here on Tuesday, he further said that like in the past, extremist Hindu mentality is consistently busy in hatching conspiracies against the Muslims to indulge them in bloodshed among themselves. “Therefore, it is high time that Modi's recent anti-Muslim statements be lodged in all international forums,” he added.

Sadruddin Hashwani disclosed that Mujeeb ur Rehman, Indra Ghandhi and Zulfiqar Ali Bhutto were the three main characters of conspiracy that resulted in separation of East Pakistan and he is personally aware of the six-point agenda of that sinister conspiracy.

“Today daughter of one of the conspirators Mujeeb ur Rehman has once again joined hands with extremist Hindu elements against the Muslims,” he maintained. He stressed upon the Muslims around the world to join hands against Modi's rotten mindset which is hell bent upon harming our beloved religion Islam which preaches peace, brotherhood and equality among all the human beings.

“It is only Islam amid all the religions that declares murder of an innocent man parallel to murder of the whole of humanity,” he added.

Hashwani asserted that blood of Muslims of Gujrat in India is on the hands of Modi and he is that barbarian who distributed sweets on those brutal killings of the Muslims. “Even today, narrow minded and sick approach of that individual is an eminent threat to lives of millions of the Muslims in India,” he held. He suggested that Muslim countries ought to unite on the issue of recent statements by Modi and move resolutions against him in the United Nations as well as other international forums. “I am ready to appear at any forum as a witness,” he offered.

The Chairman of Hashoo Group expressed grave concern over the continuous atrocities committed against Muslims by the Hindu extremist government through her policies to deprive them from all basic facilities especially, education, health and job opportunities. "Thus, Muslims in India must unite themselves and fight against sinister elements lest they will continue to face elimination one after the other,” he concluded.