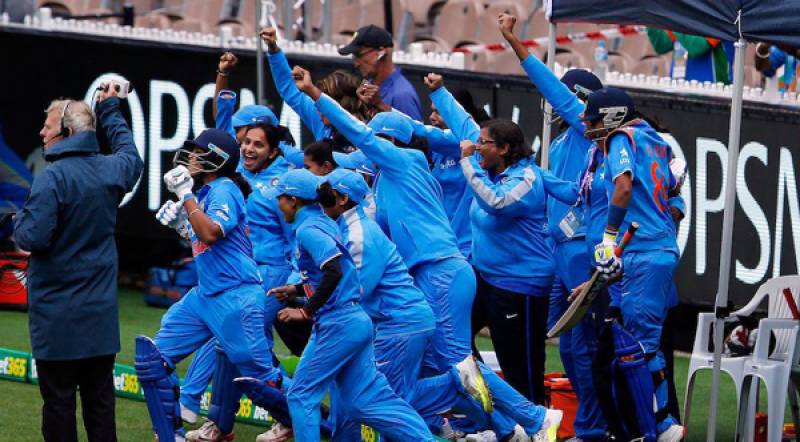 KUALA LUMPUR -  India beat Pakistan by seven wickets in the Women's Twenty20 Asia Cup on Saturday, entering the final of the contest.

The Green Shirts retained the crease for 20 overs but managed to put 72 runs for a loss of seven wickets.

The easy target was achieved as Harmanpreet Kaur and Smriti Mandhana made a 65-runs partnership to guide India to a 7-wicket victory.

The win puts India through to the Sunday's final.

On the other hand, Pakistan will have to wait for the outcome of the other match between third-placed Bangladesh and hosts Malaysia, to know their future.

Pakistan has twice reached the finals of Women's Asia Cup and after the last contest against Malaysia Pakistan clinched a run rate of 2.602.

Women's T20 Asia Cup Tournament is being held in Malaysia, under the aegis of the Asian Cricket Council. Six teams including Pakistan, India, Bangladesh, Sri Lanka, Thailand and host Malaysia are participating in the event.