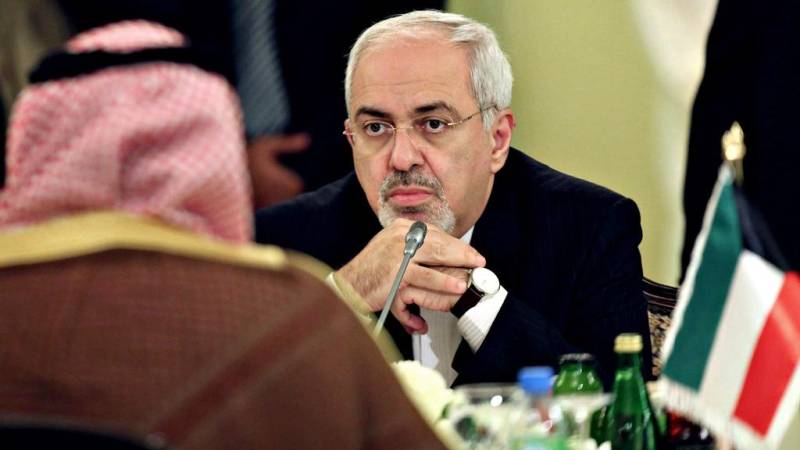 TEHRAN - Iran warned European leaders on Sunday to either normalize trade ties with the Islamic Republic despite US sanctions or face consequences.

The Muslim majority nation said Europe was in no position to criticize Tehran for its military capabilities.

“Europeans are not in a position to criticize Iran for issues outside the JCPOA,” Foreign Minister Mohammad Javad Zarif was quoted as saying by the state broadcaster; JCPOA refers to Joint Comprehensive Plan of Action generally called the Iran nuclear deal.

“The Europeans and other signatories of the JCPOA should normalize economic ties with Iran … We will halt our commitments or will take action in accordance with their measures,” the minister warned.

Moreover, Iranian Parliament Speaker Ali Larijani on Sunday lashed out at French President Emmanuel Macron for saying in a meeting with Trump that they shared the same objectives on Iran.

Macron said France wanted to make sure Tehran will not get nuclear weapons: “We had an accord until 2025 and we want to go further and have full certainty in the long run... (Then) reduce ballistic activity and contain Iran regionally.”

"Macron’s comments did not match what he has been telling our president … in their meetings and on the phone," Larijani was quoted as saying.

The comments came after President Donald Trump withdrew the United States from Obama-era brokered a nuclear deal with Iran and reimposed sweeping sanctions.

Trump condemned the deal signed in 2015, as flawed for not being permanent and for not covering Iran’s ballistic missile program or its role in conflicts around the Middle East.

However, Iran insists its nuclear activities are entirely peaceful and has repeatedly refused to discuss its missile program.

"We have unofficial or unconventional sales, all of which are secret, because if they are made known America would immediately stop them," he said, quoted by the oil ministry's SHANA news agency.

Zanganeh declined to give details on Iran's oil exports, saying he would not disclose figures until sanctions were lifted.

In May 2018, Washington withdrew from Iran's 2015 nuclear deal with world powers that granted Tehran sanctions relief in exchange for curbs on its atomic programme.

Iran's oil shipments tumbled to 750,000 barrels per day in April compared to 1.5 million in October, according to data compiled by Bloomberg.

The White House in May ended all the waivers as part of a "maximum pressure" campaign against Tehran.

According to Zanganeh, the US has reached an "evil maturity" in tightening the noose on Iran's economy using "smart sanctions".

"The most severe organised sanctions in history are currently being imposed on Iran," he said.