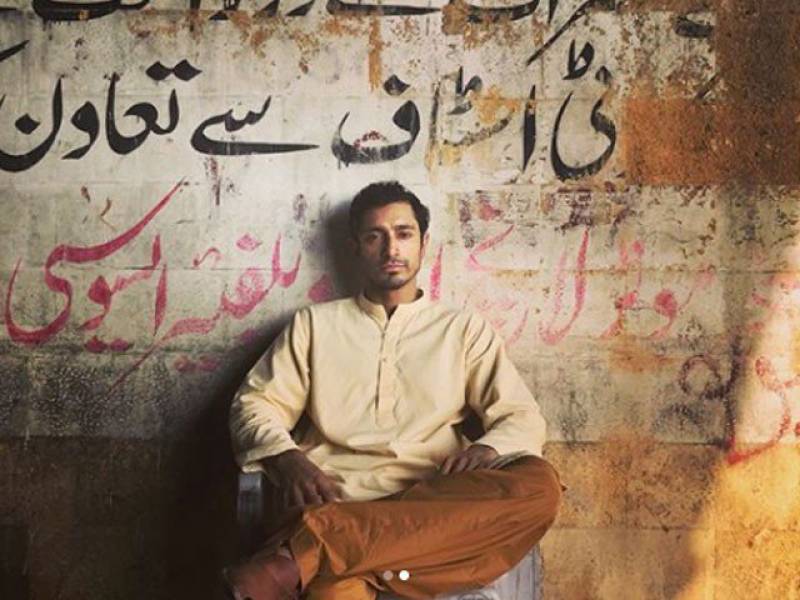 British-Pakistani actor Riz Ahmed recently made his way back home to Karachi after a long 13 years for the Lahore Literary Festival last month. The 35 year old actor of Star Wars Fame promised in an Instagram post for many more pictures of his visit and he has delivered!

His latest Instagram post shows Riz visiting a Sufi shrine where he not only shows the world how diverse the ways of prayer and worship can be but also spreads much needed light on the exoticized Sufi community.

He wrote, speaking of the many misconceptions associated to Islam and Sufi practices, “Many people think of Islam as austere and somber. But at Sufi shrines you will find disco lighting, rhythmic chanting, and disciples with swami-esque matted dreadlocks. Sufi Islam, often associated with the poet Rumi, is widely practiced in South Asia.”

He further added, "It has an emphasis on mysticism and purity of heart rather than a fixation with scriptural literalism. It is an open spirituality, borrowing from cultural customs & folklore. Local saints are celebrated and mourned at shrines through singing, transcendental spinning, and feeding the poor. Sufi shrines have been bombed by extremists in recent years. This partly due to the spread of Salafi / Wahhabi Islam which aims to strip local ‘superstitions’ and ‘unorthodox practices’ out of the religion."

It is really inspiring to see an artist and a celebrity use his fame and platform to promote a seriously romanticized and misunderstood side of Islam in a positive and educational way.