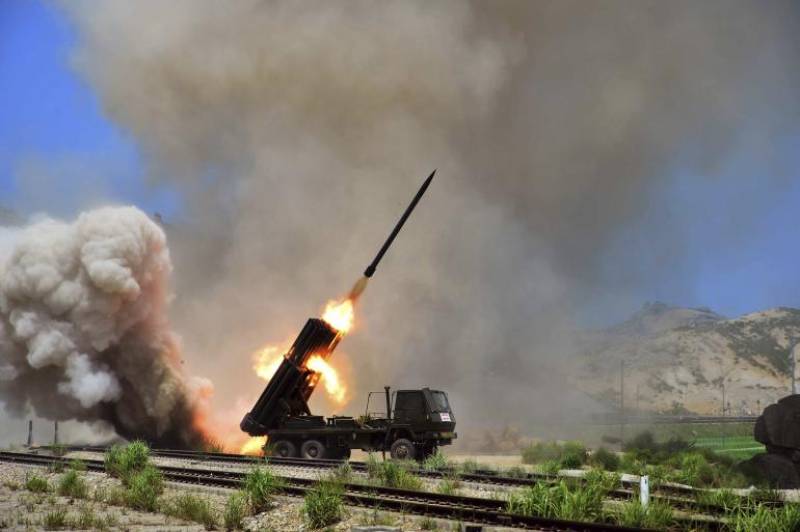 SEOUL (Web Desk) – North Korean officials on Saturday said that it has test fired as many as three missiles including a submarine-launched ballistic missile, the local news agency reported.

The North's leader Kim Jong Un oversaw the test-launch from a location off-shore as the submarine dove under water and "a ballistic missile surfaced from the sea and soared into the air, leaving a fiery trail of blaze," the official KCNA news agency said.

"Through the test, it was verified and confirmed that the underwater ballistic missile launch from a strategic submarine fully achieved the latest military, scientific and technical requirements," KCNA said.

North Korea is under United Nations sanctions banning it from developing or using ballistic missile technology.

The report did not mention the date or the exact location of the test, but a separate KCNA dispatch on Saturday said Kim gave field guidance at a fishery complex in Sinpo, a port city on the country's east coast and the location of a known submarine base.