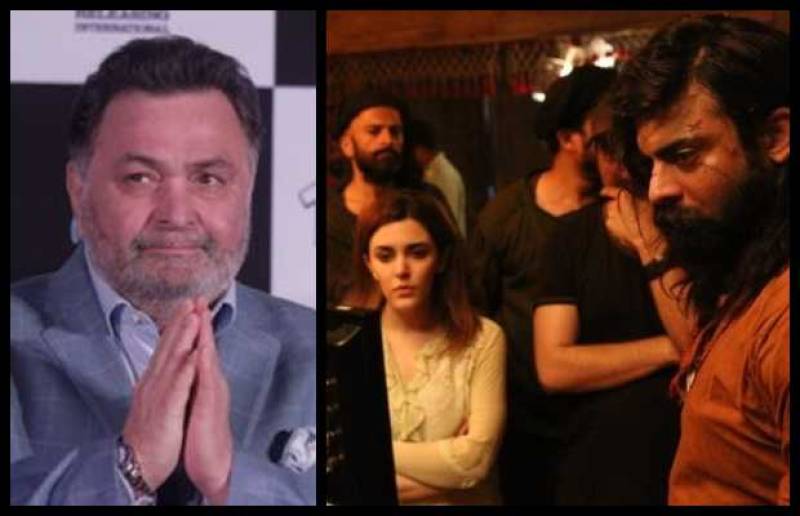 LAHORE - Bollywood late star Rishi Kapoor passed away a few days ago, leaving a void in his fans and the Bollywood. Rishi Kapoor’s wish to watch the Pakistani film ‘The Legend of Maula Jutt’ which could not be fulfilled.

Amara Hikmat, the filmmaker of ‘The Legend of Maula Jutt’, said that Rishi Kapoor was excited to see the film and he also praised its trailer. Amara Hikmat shared a screenshot on her social media account of messages sent by the late actor Rishi Kapoor on Twitter. 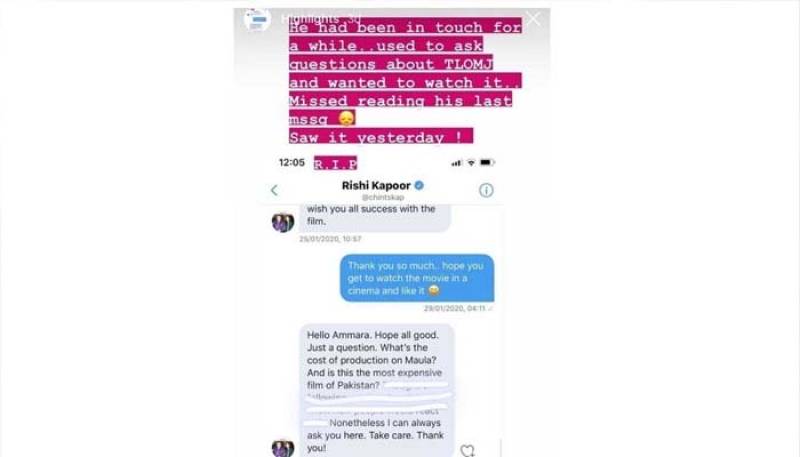 She said that when she went to Twitter to watch the conversation with Rishi Kapoor, she was surprised to see that Rishi Kapoor had texted her on Twitter last month. Amara added that due to inactivity on Twitter, she could not see his message and she will always be saddened by not replying to Rishi Kapoor’s messages.

Note that, the release of the Pakistani film The Legend of Maula Jutt was delayed for many years due to legal issues which were later announced to be released on Eid-ul-Fitr this year.