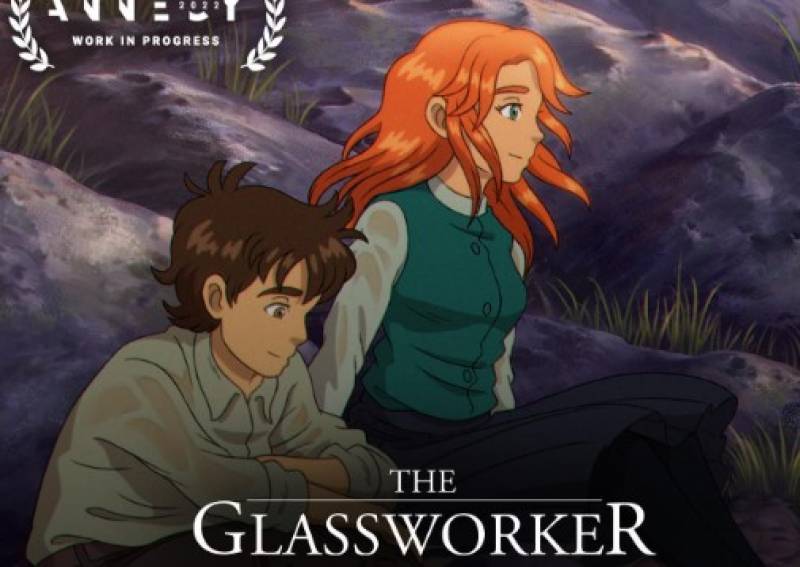 Pakistan's first hand-drawn film, The Glassworker, is among the eight feature films from all over the globe that have been selected for the Work In Progress category at France's Annecy International Animation Festival 2022.

Annecy Film Festival is recognised globally and is always on the lookout for anything that stands out in the world of animation. The Work in Progress list narrows down films bursting with the potential for future awards and box office success.

Apart from Mano Animation Studios' The Glassworker, films like Spiderman: Into the Spider-Verse, Klaus and How to Train Your Dragon 2 have also made the cut.

Usman Riaz's feature film is an original story about young Vincent and his father Tomas, who run the finest glass workshop in the country and find their lives upended by the impending war.

The Glassworker project involves young and talented artists with a median age of 27 years and 52 per cent of the team is female.

It's been described as a project full of surprises that encourage diversity in animation. Mano Animation has built a collaboration network that extends to Malaysia, the Philippines, Japan, Peru, Argentina, USA and UK.

Pakistan has launched a week-long film festival at its pavilion in Dubai Expo and the world’s largest fair ...