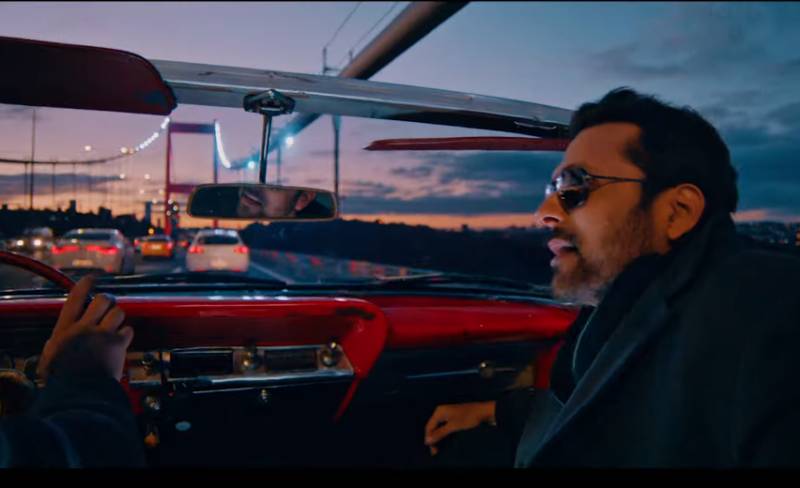 Strings founder after releasing nursery rhymes to provide the younger audiences with quality Urdu content finally comes to his loyal audience who were heart-wrenched when Strings called it quits last year.

The journey of the 51-year-old as a solo artist has led him to explore new avenues while he dedicated his debut solo Naya Naya to his ‘amazing fans’ who've been there for him throughout his journey.

Legendary Pakistani writer and Bilal’s father Anwar Maqsood helped him get the lyrics and the video was directed by Murtaza Chaudhary.

Taking it to Instagram, the musician said “Naya Naya, my first solo single is dedicated to you guys. I’m talking to my amazing audience without whom I’m nothing. It’s a new life for me and I cannot deny the fact that you all are an integral part of my new journey”.

The eye-catching cinematography of three and half minute song featured Bilal’s interaction with passersby as he can be seen roaming in Turkish streets. The lyrics of Bilal’s latest song depict inquisitive mode like he is asking whether anyone hears him.

The Sajni crooner revealed that the new songs that he has been working on are all elevating, lighthearted, something like desi pop. The noted singer also mentioned hitting stage for live performances.

Earlier in March, former partner of Bilal and Strings front runner Faisal Kapadia made his debut alongside Young Stunners in the last Coke Studio song Phir Milenge. Faisal said his journey is all about learning and collaborating with younger people. The lead vocalist earlier mentioned that they didn’t have a goal and started Strings ‘to be famous’. The singer said popularity is not a priority anymore.

A year after iconic music band Strings announced ending its musical journey, its lead vocalist Faisal Kapadia made his ...