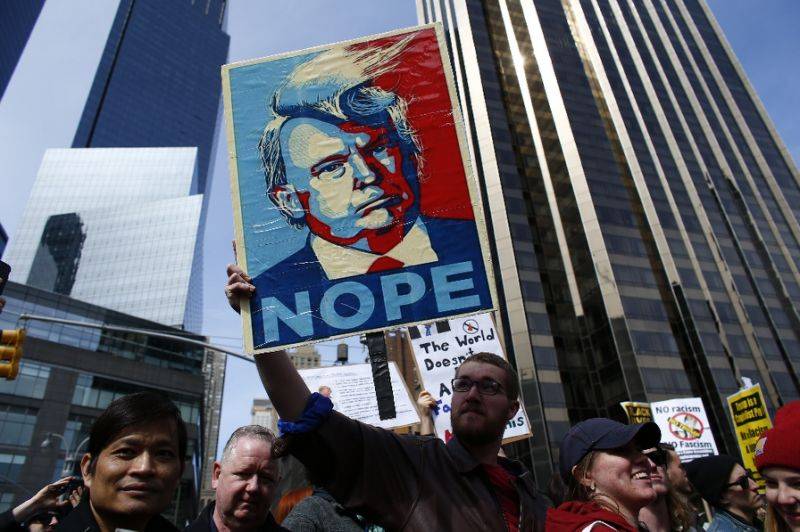 WESTWOOD, LOS ANGELES - Protests erupted overnight at UCLA, UC Irvine and in northern California drawing crowds to city streets and college campuses, after Donald Trump was projected to be the next president of the United States.

The demonstrations reflected sadness, anger and bursts of rage. Crowds openly disavowed the president-elect and a few resorted to vandalism.

Although there were protests elsewhere in the country - including Washington, D.C. - due to the late hour at which the projection was made, the West Coast appeared to have the most activity. 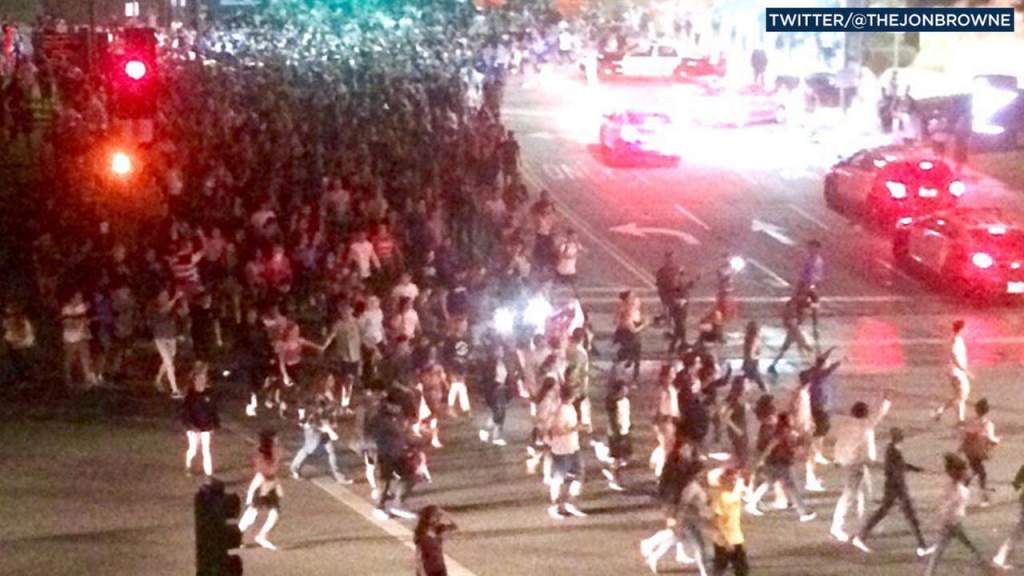 Dozens of students at UCLA left their dormitories and apartments, taking to the hallways and streets chanting "(expletive) Donald Trump," among other things.

Many posted photos and videos to Snapchat, Instagram and Twitter. As many as 1,500 to 3,000 people were estimated to be marching through the campus, according to authorities. 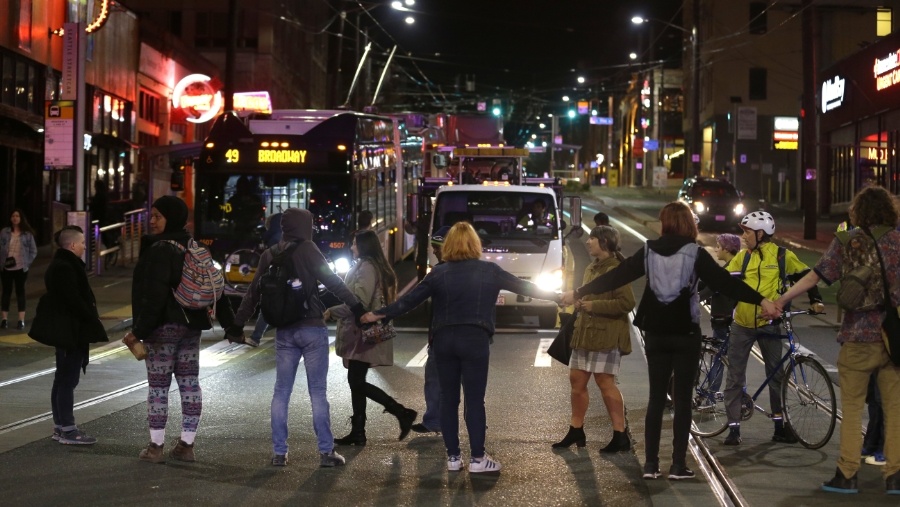 In Oakland -- where police said between 60 and 70 protesters gathered in the city's downtown -- a female protester who was blocking traffic suffered major injuries after being hit by a car on Highway 24, the ABC News reported.

Israeli politicians, Zionist leaders hail Donald Trump, say ‘the era of a Palestinian state is over’

Four engine companies from the Oakland Fire Department responded to extinguish the fires, according to KGO-TV in San Francisco. 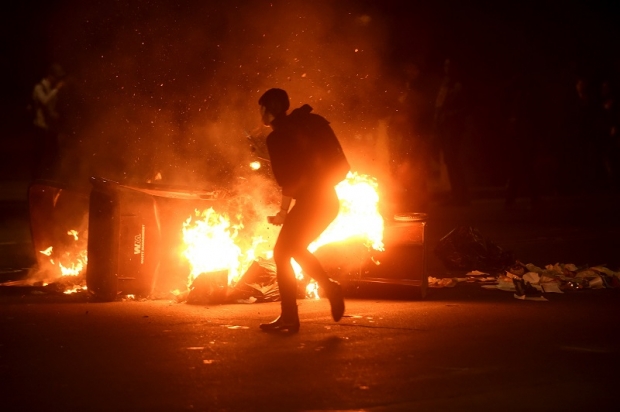 A small number of arrests for disobedience and vandalism were made, according to police.

Down in southern California, dozens of students at UCLA took to the campus and nearby streets chanting "f*** Donald Trump," among other disparaging comments, according to KABC-TV in Los Angeles.

Students are now chanting "not my president" pic.twitter.com/d2EJNytJw7

Officials said between 1,500 and 3,000 students marched through the campus.

Below, a video posted by a student protester:

We will together fight this system that was created to keep us oppressed. #UCSB pic.twitter.com/HqbSa7kpah

About 500 students marched through the La Jolla campus of UC San Diego, protesting Trump’s win and chanting his name with an expletive.

In downtown L.A., anger simmered as a crowd gathered near City Hall. Some property was defaced, including a fence scrawled with graffiti insulting Trump. 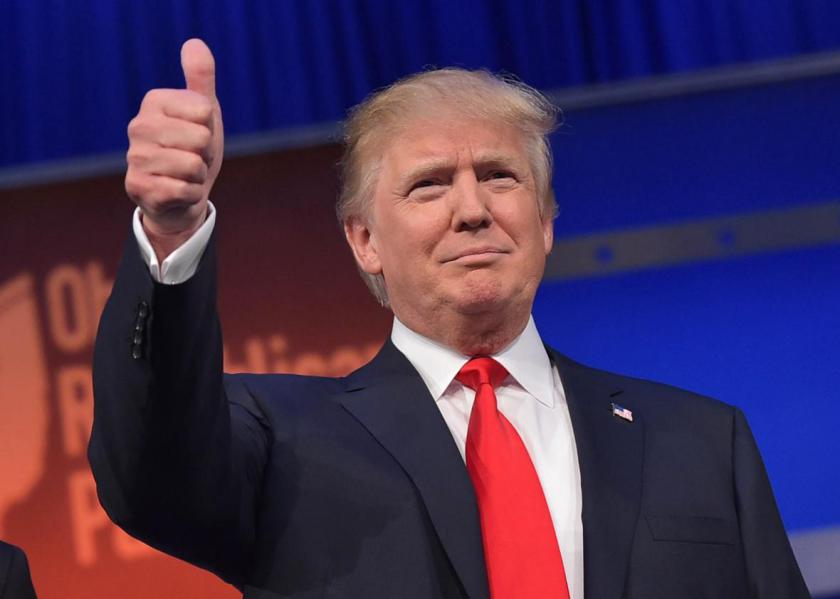 But the mood was more buoyant at the president-elect’s star on the Walk of Fame in Hollywood, where a small crowd of about 30 Trump supporters gathered about 1 a.m. They posed for pictures and chanted with delight.

“This is our president,” they cheered as they tried to shout down a small band of counter-protesters.