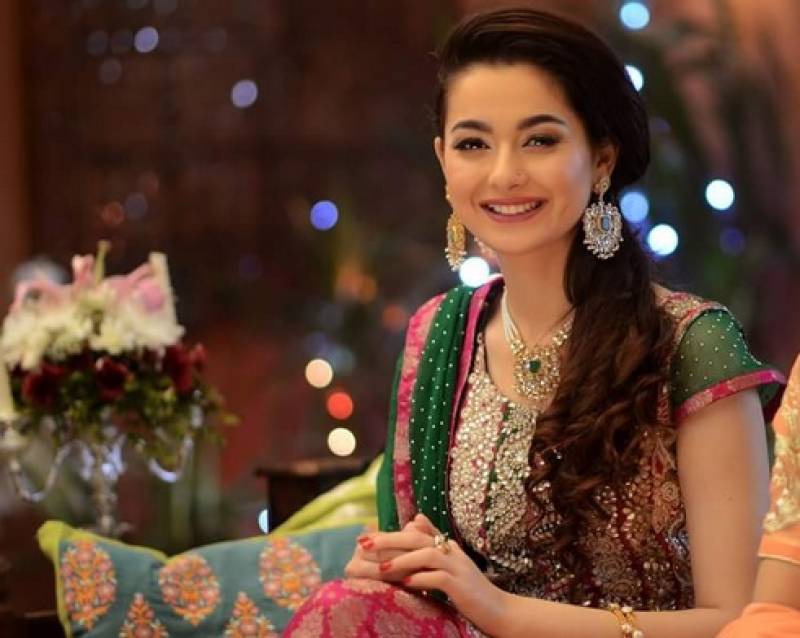 LAHORE - Pakistani television star Hania Amir faced the ire of social media minutes after she made fun of an unknown man in her Snapchat story yesterday.

The story uploaded by the model captioned 'The dude is struggling to get out of my photo' showing a man seated behind the star trying to avoid her camera lens.

The story was uploaded at a time when the 'Na Maloom Afrad 2' star was heading to Lahore for Oppo F5 launch event.

Though Hania must have thought of trolling the guy, his move actually boomeranged leaving Twitterati to fire salvo at the Lolly wood actor.

Some of the social media buffs also equated the move to 'harassment' as Hania was trying to capture a glimpse of the guy without his consent .

Umm -- what the F is Hania Amir trying to do here -- this shows her as an arrogant idiot pic.twitter.com/nTgUl9BKNm

How is this not harassment of a guy by a female and voilation of public space of a man? Hania Amir is clearly harassing the guy.. pic.twitter.com/nuDkvVYvnR

Imagine, if the video was shot by a man and the person behind was a woman. Ek kohraaam mach jaaana thaaa!!! https://t.co/QMFQwsAPXW

Why is no one talking about this? She is violating his personal space and clearly he’s uncomfortable being in her pictures but instead of stopping she’s enjoying and making fun of it. THIS IS NOT OKAY pic.twitter.com/U5ToK6DGJk

Hania Amir harrassing a fellow passenger on a flight has given a new low to her narcissistic personality.
Its sad we make such ppl celebrities and role models.

Hania amir made fun of an unknown man in her snapchat story today, feminists would've been gone crazy if a man was doing that to a woman

Pretty sure if someone did to Hania Amir what she did to that poor man, herself and all the feminists would be raging at this.
You shouldn’t go that low, Lady. Its disgraceful.
Learn to respect others! Or else you will be disrespected. What goes around, comes around.

What raises questions over Hania's snap fun is that recently a doctor was fired from his job merely over sending friend request to Award winning director Sharmeen Obaid's sister.