Few years back, Aamir Liaquat had proposed Fiza when Tuba was not in the picture 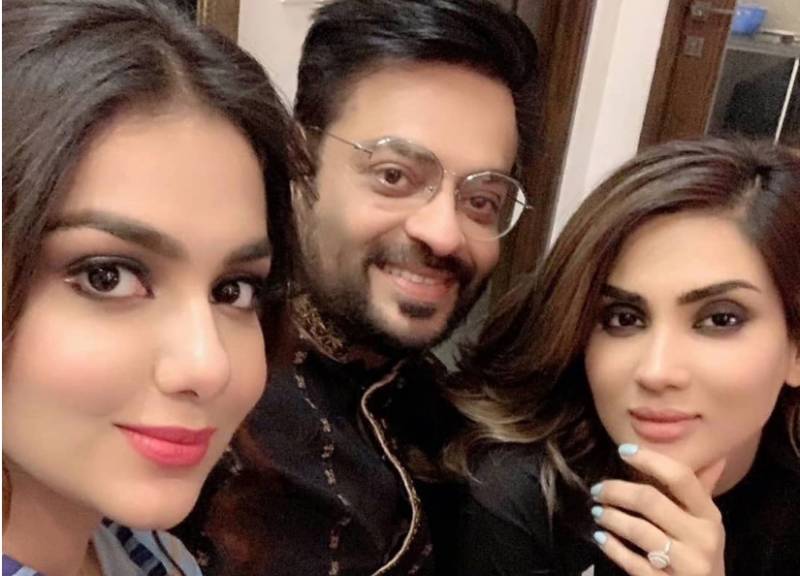 LAHORE - Pakistani TV star Fiza Ali revealed in a recent interview that TV personality Aamir Liaquat Hussain proposed to her before he got married to Tuba Aamir.

Speaking about the recent episode of her talk show where Aamir had once again repeated his wish to marry Fiza, while in the presence of his current wife, Fiza said Aamir had earlier proposed to her before his second marriage. However, she said, although Aamir was just being honest she wasn't mentally prepared at that time after going through the bitter divorce from husband Ayaz Malik.

Revealing details, Fiza said in the recent interview that a few years back Aamir had proposed her when Tuba was not in the picture. “We weren't going out or anything. I was in Karachi for work. He [Aamir] had heard about my divorce and asked me to marry him. I was not in a good place at the time and didn't make much of his proposal. Later, I heard that Aamir and Tuba had gotten married. They're both friends; I was very happy for them although I got busy and didn't get a chance to congratulate them," she added.

Fiza recently invited Aamir and his second wife on her talk show, where Aamir himself revealed that Fiza was supposed to be his wife but she denied his proposal. He added that Tuba doesn't have an issue with Fiza becoming his third wife.