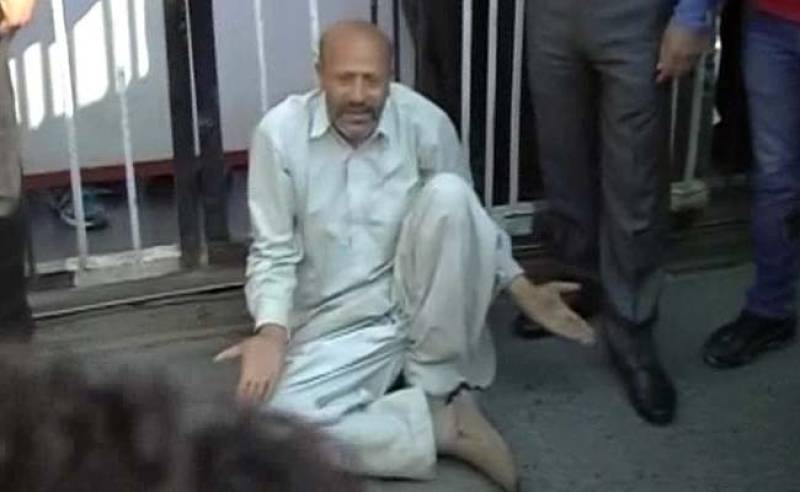 SRINAGAR (Web Desk) - Supporters of independent lawmaker Sheikh Abdul Rashid were detained today as he led a march towards Jammu and Kashmir Legislative Assembly to protest against the alleged "sabotaging" of the bill against beef ban, NDTV reported Friday.

Mr Rashid along with his supporters assembled near Exhibition Crossing, near the civil secretariat in Srinagar, and shouted slogans against the PDP-BJP government. 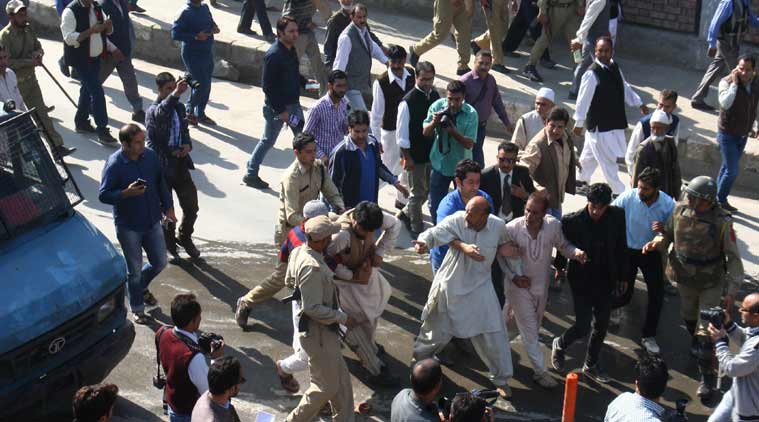 As they tried to march towards the secretariat which also houses the legislature complex, police swung into action and detained scores of protesters.

However, Mr Rashid, who represents North Kashmir Langate constituency in assembly, managed to reach the gate of the civil secretariat along with a few of his supporters.

But they were not allowed inside by the security staff. Speaking to reporters, Mr Rashid said Jammu and Kashmir Chief Minister Mufti Mohammad Sayeed "has sold his conscience and sabotaged anti-beef ban bill".

"We want to send a message that whatever is allowed in our religion, we will consume that and nobody can stop," Mr Rashid said.

"This protest is against the sabotaging of the anti-beef ban bill and how Sayeed has sold his conscience to remain in power," the lawmaker said 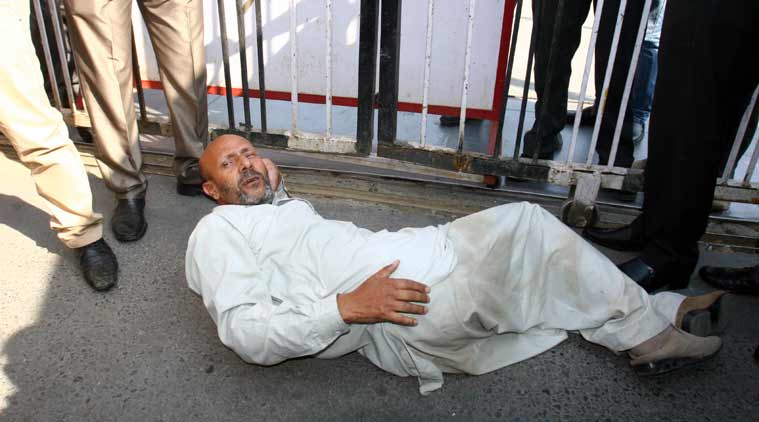 The controversial anti-beef ban bill, which has put the PDP-BJP coalition government in a spot, could not be taken up in the Jammu and Kashmir Legislative Assembly yesterday despite being listed for discussion.

Three private members' bills, seeking amendment to the Ranbir Penal Code that would decriminalise beef slaughter in the state, were listed in the business at serial number 10, 11 and 12. The bills were by three lawmakers from National Conference, CPI(M) lawmaker MY Tarigami and MLA Rashid.

The Assembly has been rocked by Opposition protests over the beef ban issue. BJP lawmakers had yesterday assaulted Mr Rashid in the Assembly for hosting a beef party at the MLA hostel in the city.

The beef row erupted after a division bench of High Court in Jammu directed the state to strictly enforce the legal bar on sale of beef. The order evoked strong resentment from various quarters with many outfits terming it as "interference in religious affairs" and sought revocation of the law.