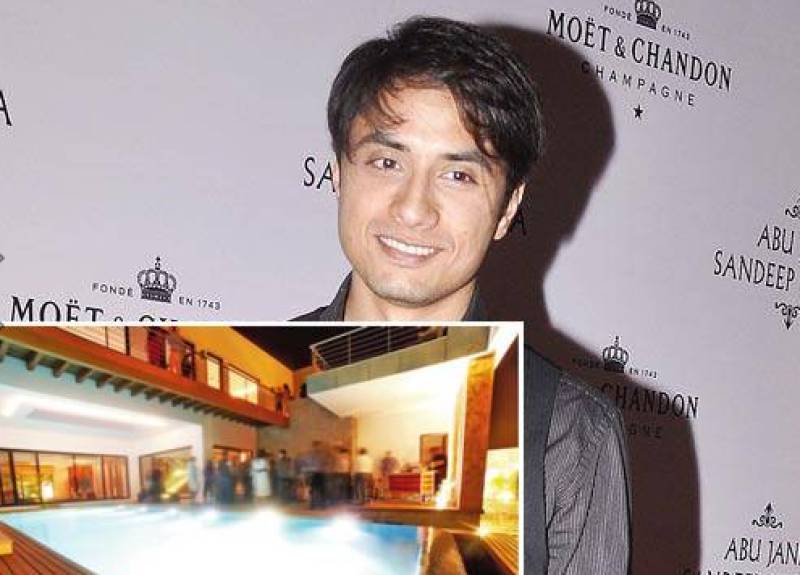 LAHORE (Web Desk) - Top Pakistani star Ali Zafar, who established a successful career in Bollywood as well, has gifted his wife a four-bedroom villa spread over 15,000 square feet in Lahore.

According to Mumbai Mirror report the actor said "It's been under construction for over three years and we've just moved in a few months back". The wife, Ayesha, was also really touched by the gift and has done the interiors herself with a little bit of help from the actor.

While telling about villa Ali said  that we've kept the décor modern, classy and minimal and have installed music systems which will play all the time. The villa has an indoor swimming pool bang in the centre. Every room has an attached terrace and a view to the pool.

"The house also has a basement that has been converted into Ali's recording studio," concluded report.