Hillary Clinton apologises for use of private email account 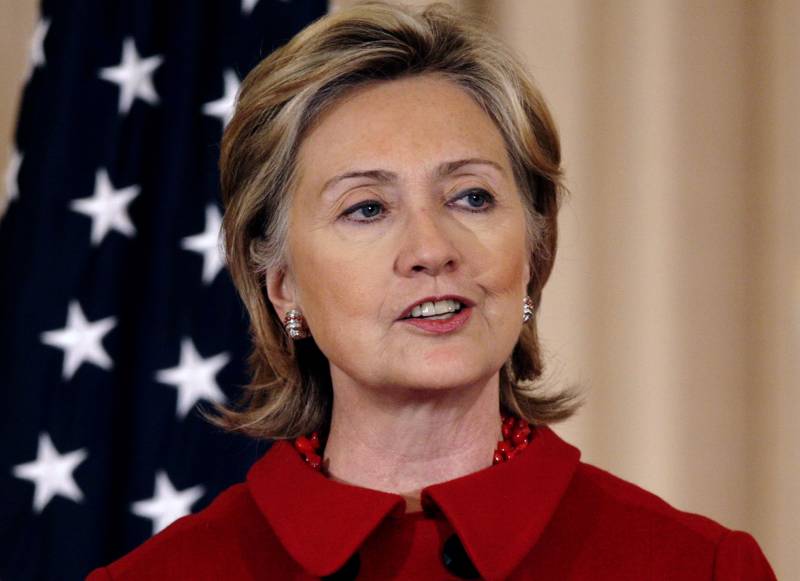 WASHINGTON (APP) - Hillary Clinton apologized Tuesday for using a private email server while secretary of state, calling the decision, which has dogged her Democratic presidential bid, a "mistake."

The Democratic frontrunner, who is facing eroding support, has long dismissed the email uproar as a manufactured imbroglio.

But in an interview Tuesday evening, Clinton told ABC's "World News Tonight" that she took full responsibility for the episode, which she regretted.

"That was a mistake. I'm sorry about that. I take responsibility," she told the news network.

Clinton used her private email account and home server in lieu of the official government email system while she served as top diplomat from 2009 to 2013.

Until Tuesday, Clinton had demurred from issuing a direct apology. "I certainly wish that I had made a different choice," Clinton said last week, adding that she was "sorry" that the controversy was

"confusing" for the public.

"As I look back at it now, even though it was allowed, I should have used two accounts, one for personal emails, one for work-related emails," Clinton said Tuesday.

The lingering email saga has weighed on Clinton's popularity, with a Gallup poll released Friday showing her favorability rating at 41 percent, compared to 51 percent who view her unfavorably -- the lowest level since 1992.

But Clinton maintained she could weather the storm, telling ABC: "I can survive it, because I think I'm running to be president to do what the country needs done."