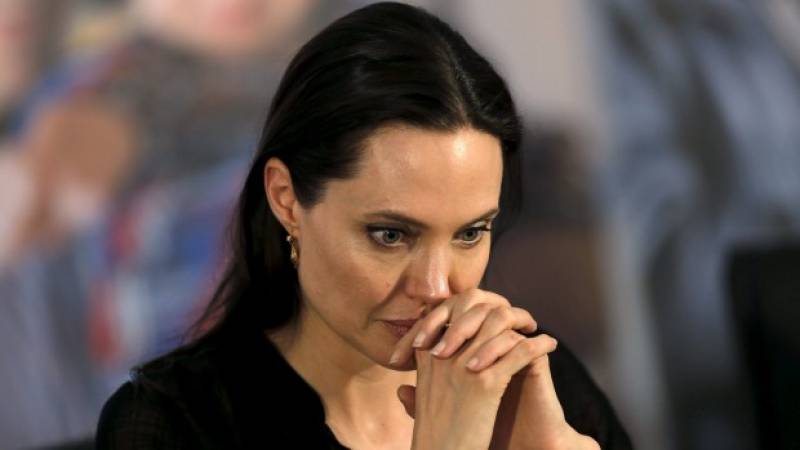 LONDON (Web Desk) - Hollywood actress Angelina Jolie has warned that “Islamic State” was using rape as a weapon of war on a scale never seen before and called for greater action against those responsible.

Jolie, a special envoy of the UN High Commissioner for Refugees (UNHCR) and active campaigner against the use of sexual violence in conflict, said IS was using rape as a "policy" and urged a "very strong response". 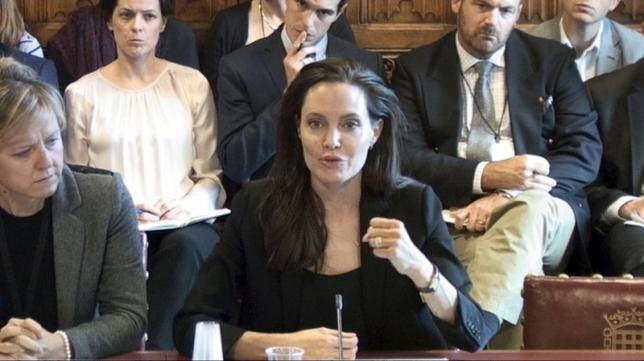 Thousands of women and girls have been abducted, raped and sold into sexual slavery by IS since the militant group declared a caliphate across swathes of Syria and Iraq last summer, according to the United Nations and rights groups.

"The most aggressive terrorist group in the world today ...(is) using (rape) as a centerpoint of their terror and their way of destroying communities and families," she told a British parliamentary committee.

Oscar-winning Jolie, who joined forces with former British foreign secretary William Hague in 2012 to launch an initiative to prevent sexual violence in conflict, spoke about girls she had met in war zones who had been raped. 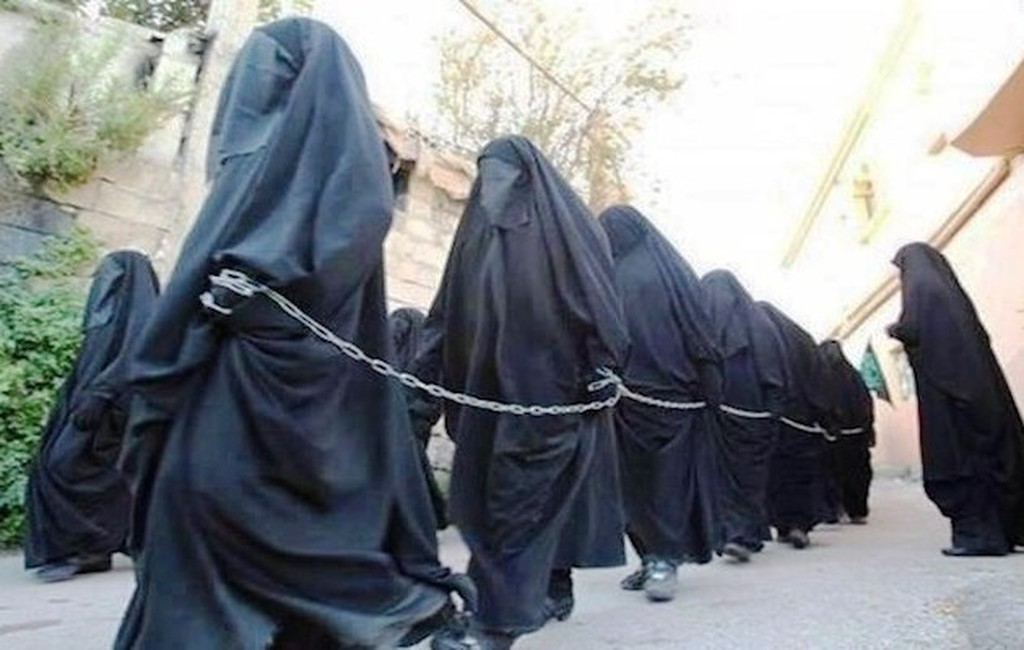 This included a 13-year-old Iraqi girl whom she said was raped repeatedly along with her friends and sold for 26 pounds sterling ($40). 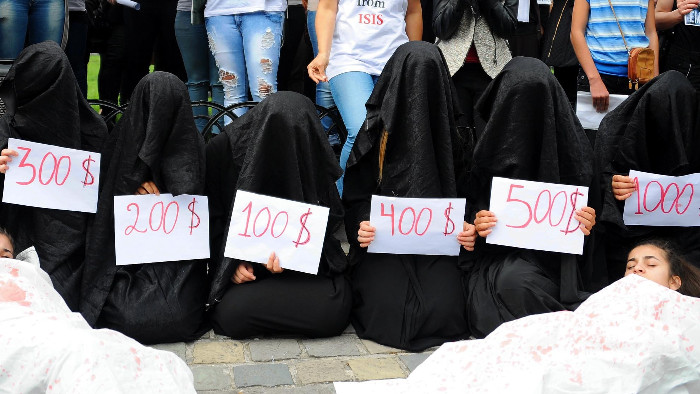 As part of their campaign against sex crimes in war, Jolie and Hague in 2013 launched a declaration pledging to pursue those responsible and provide justice and safety for victims that has been signed by more than 150 nations.

Speaking at a sexual violence in war committee in the British parliamentary to give evidence on the impact of the three-year old initiative, Jolie said Islamic State was dictating rape "as a policy" in Syria and Iraq.

"This is beyond something we have seen before," Jolie said.

"They are saying: "You should do this, this is the way to build a society, we ask you to rape". We really have to have a very strong response at this time to this particular group."

Critics have questioned the success of Hague and Jolie's initiative after it was reported that Britain spent five times more on the 2014 summit than on its budget dedicated to tackling rape in war zones. 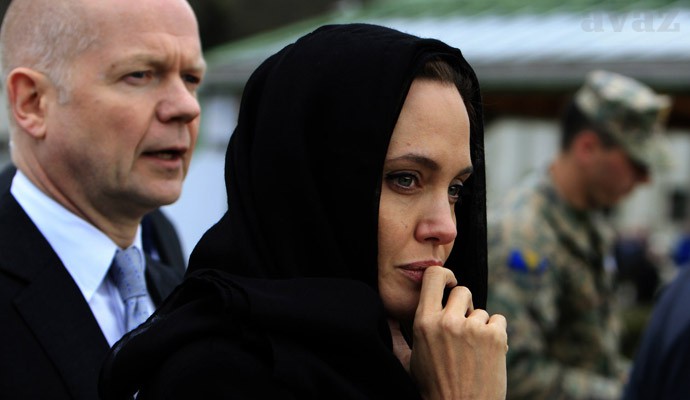 But Hague defended the imitative, saying progress had been made and there was greater awareness about the need to tackle such crimes.

He said thousands of military personnel around the world had been trained in how to deal with sexual violence in conflict, including African peacekeepers, members of the new army in Mali and the Kurdish peshmerga fighters in Iraq, according to Hague. 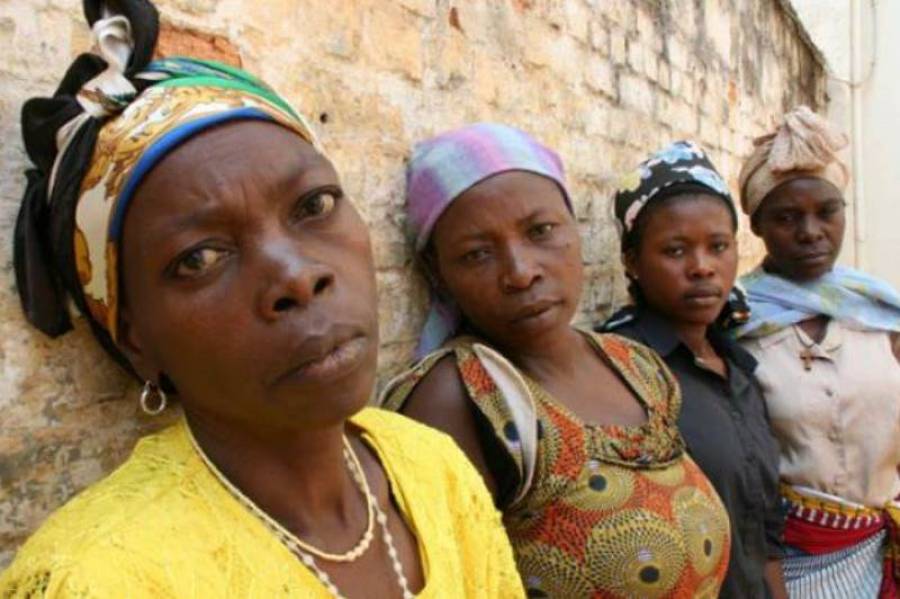 Governments were also taking action, including Democratic Republic of Congo, which has launched an action plan for the army on sexual violence, and Croatia and Kosovo, which have passed laws to compensate victims, he said.

Hague said the issue must be addressed by men as well as women.

"These are crimes that are committed almost exclusively by men and that they happen, and have happened, for many years and go unchallenged should shame all men. Men and male world leaders have a crucial role to play in tackling this issue," he said.

Jolie's link-up with Hague was sparked by her 2011 directorial debut "In the Land of Blood and Honey" that was set against the backdrop of the 1992-95 Bosnian war in which an estimated 20,000 women were believed to have been raped.