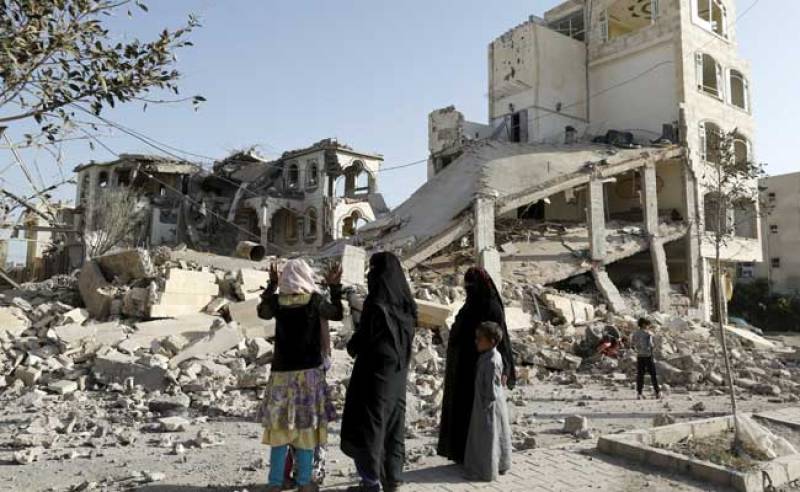 NEW DELHI (Web Desk) - At least seven out of 20 Indian crew members are missing after their boats came under aerial bombardment while plying between Somalia and Yemen, External Affairs Ministry said on Wednesday, NDTV reported.

Disputing reports that 20 Indian nationals were killed in air strikes by Saudi-led coalition forces at Yemen's Hodeidah port, the MEA said 13 Indians crew members "are alive and 7 are reported missing".

"We have seen media reports about the death of Indian nationals in Yemen. Indian Embassy officials in Djbouti are in touch with local contacts and we have ascertained that there were two boats one of which was plying between Berbera (Somalia) and Mokha (Yemen)," the External Affairs Ministry Spokesperson said.

The boats came under aerial bombardment in the afternoon of 8 September. The boats were carrying a total of 20 Indian crew members of which 13 are alive and 7 are reported missing, he said, adding, no other information is currently available regarding the identities of the Indian nationals.

"Embassy officials are in constant touch with local authorities and are also due to meet with the boat owner today at which point of time more information would be available," he said.

Some media reports, quoting residents and fishermen, yesterday claimed that at least 20 Indian nationals were killed in air strikes by Saudi-led coalition forces on fuel smugglers at Yemen's Hodeidah port.

They claimed two boats were hit in the attack on an area near the port.

India does not have Embassy in Yemen, which was shut down in April after evacuation of its nationals.