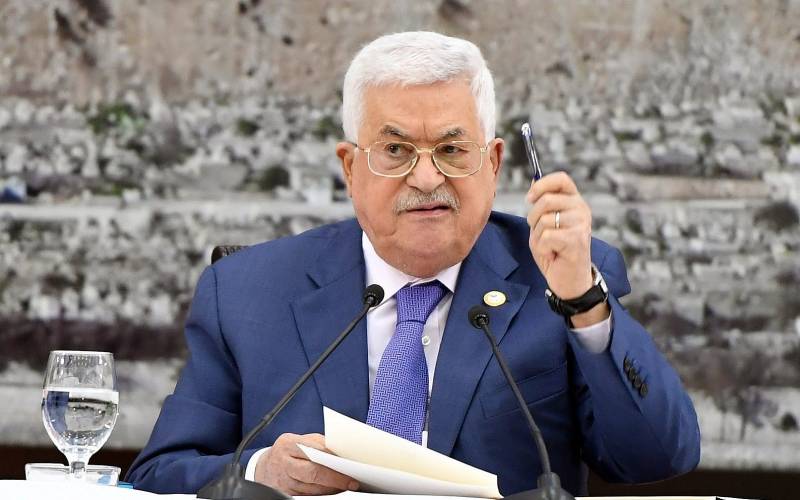 RAMALLAH – Palestinian President Mahmoud Abbas has announced general elections to be held after 15 years of rivalry between his Fatah party and the resistance movement Hamas.

Both parties have been divided between Fatah and Hamas since 2006 when the latter scored a landslide victory in parliamentary elections. Hamas has ever since been running the densely-populated coastal enclave, while Fatah has been based in the parts of the Israeli-occupied area.

The announcement of general polls is widely seen as a response to criticism of the democratic authority of Palestinian political institutions, including Abbas's presidency.

The statement also comes days before the oath-taking of US President-elect Joe Biden, with whom the Palestinians want to reset relations.

The decree issued by Abbas's office said Palestine will hold legislative elections on May 22 and a presidential vote on July 31.

ISLAMABAD - The Embassy of Palestine on behalf of its government on Saturday appreciated and thanked Prime Minister ...

Earlier in the year 2006, the last parliamentary elections resulted in a surprise win by Hamas.

Recent polls suggest a tight contest among the two contesting parties. The recent survey of the Palestinian Center for Policy and Survey Research found that 38 percent would vote for Fatah in parliamentary elections and 34 percent for Hamas.

Hamas would have the edge in a presidential vote, with 50 percent preferring Hamas leader Ismail Haniyyeh while the other 43 percent want Abbas to rule.